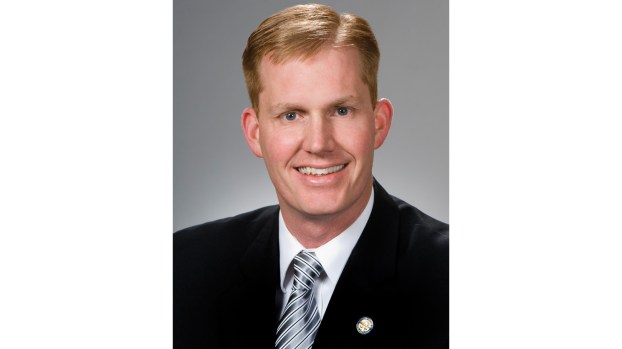 Rep. Ryan Smith, R-93, announced on Thursday that he will be resigning from the House in October to take the position as president of The University of Rio Grande. (Submitted photo)

BIDWELL — State Rep. Ryan Smith, R-93, announced on Thursday that he is resigning from his legislative seat.

Smith said he will be accepting a position as president of The University of Rio Grande and Rio Grande Community College.

Smith won election to the Ohio House in 2012, for the seat, which covers Lawrence, Gallia, Jackson and Vinton counties, after his predecessor, Republican John Carey resigned.

“I want to take this opportunity to thank the citizens of Ohio’s 93rd House District for the distinct privilege of being able to serve as their state representative during the past seven years,” Smith said in a news release. “This opportunity has been the greatest professional experience of my life, and I am incredibly proud of the work my colleagues and I have been able to accomplish to improve the lives of those in need and to give a voice to those who often feel voiceless.”

Smith said he was “honored” to have been selected to lead Rio Grande.

“I look forward to joining them in fulfilling their core mission to provide students the opportunity to attain a high-quality, high-value education, while promoting successful lives, careers and responsible citizenship,” Smith said.

Smith was named Speaker of the House in June 2018, and served until January 2019. He was defeated for the leadership position by Republican Larry Householder in a contentious vote in the chamber.

Smith, of Bidwell, was term limited from running again for his House seat in 2020.

Several candidates have plans to run for the seat.

Announced candidates include Jeff Halley, of Crown City, Bobbi Montgomery, of Jackson, and Matt Ward, of Proctorville, who will all face each other in the Republican primary.

Smith’s resignation from the House will take effect Oct. 3.

The Ironton Police Department is back to full staffing with the recent addition of two new police officers. On Sept.... read more