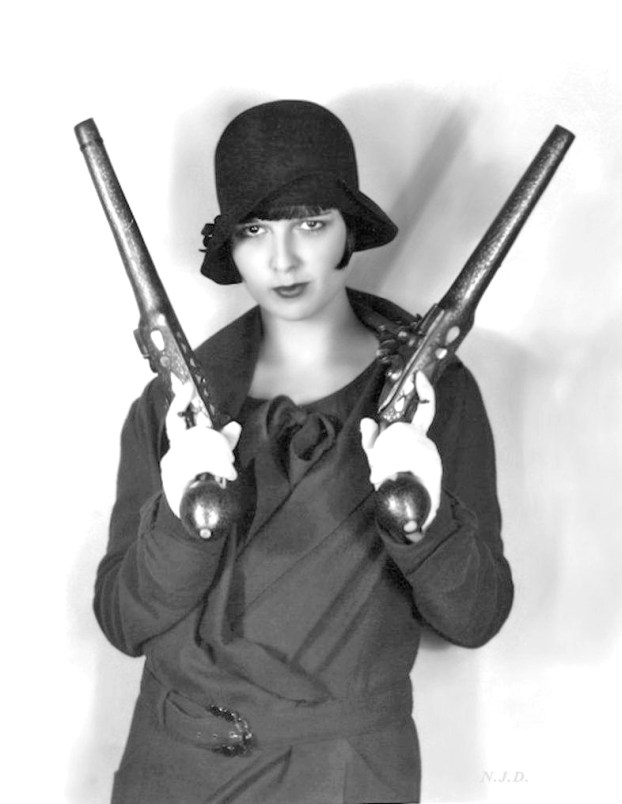 Somebody is going to be murdered on Nov. 16.

It’s not part of a diabolical plot, it is part of Ironton In Bloom’s annual murder mystery dinner to raise funds to pay for the flowers that go in numerous places around Ironton every year.

This is the fourth year for the event and this year’s theme is “Speakeasy of Murder” and is set in an illegal gin joint in the 1920s. A Tri-State theatre troupe, Murder and Merriment, will play the roles of murder victim, suspects and a detective. The dinner guests will have to use clues to try and figure out who the murderer is and one of the people who successfully guess who did it will have a chance of winning some money.

To get the feel for the era, “people are encouraged to dress in the 20s style, if they would like,” Carol Allen, a co-chairperson of Ironton in Bloom said. “That makes it more fun.”

“We will start at 6 p.m. with drinks and hors d’oeuvres. Then, at 7 p.m., we will introduce the cast and they will set the stage for this particular murder,” Allen said.

Then a buffet dinner will be served by Haute Stuff of Greenup, Kentucky. Guest will receive a book that tells who the suspects are. And then sometime during the evening, the poor murder victim will be found and the detective will interview suspects during the dessert course.

“After that, people will write down on a slip of paper who they think which character is the murderer,” Allen said. Those slips of paper are gathered and the correct answers will be put in a hat and the winner’s name will be drawn from it. “And they will receive the $200 grand prize.”

Allen said the funds from the event will go towards buying flowers for next spring in the city’s 41 pole planters, 24 hanging baskets and 85 large ground planters.

“We added six additional businesses that are supporting us and we have to buy new pots,” Allen said.

The event will be held at the Knights of Columbus hall, 2101 S. Third St., Ironton. Tickets are $60 per guest, must be purchased in advance and are available at Unger’s Shoes and The Vault.

It was the second time within a year that the Lawrence County Republican Party’s central committee had to meet to... read more