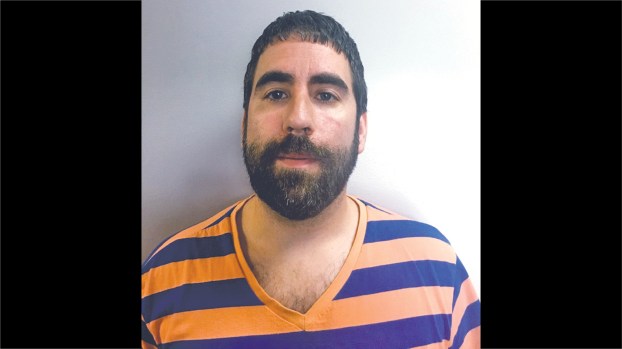 A West Virginia doctor, who was arrested in Ironton in 2017, has lost his license to practice medicine after pleading guilty to a federal charge of illegally prescribing prescription drugs.

The complicated case began in May 2017, when Dr. Marc J. Spelar was arrested at an Ironton hotel.

It started out that a woman who had rented the room for three days had not checked out and was told to pay for another day or leave. She refused and employees called the Ironton Police Department after smelling marijuana.

When the woman answered the door, officers said they noticed a lot of pills and paraphernalia in plain view.

Inside the room, police found Spelar, who, at the time, had a clinic in Milton, West Virginia called Prometheus Mentis Psych PLLC, and his girlfriend, Melissa H. Jones, 39, of Ashland, Kentucky.

Police said that the pill bottles were from Florida, Kentucky, West Virginia and Ohio and were not in the name of either Spelar or Jones. Other items included marijuana, a powder that field-tested positive for cocaine, drug paraphernalia like digital scales, new and used syringes, a steel straw and a water pipe.

Spelar and Jones were arrested on 14 counts each including possession of drugs, trafficking in drugs, and child endangerment. The U.S. Drug Enforcement Administration and the West Virginia Board of Medicine were notified about the situation.

Spelar was later released from the Lawrence County Jail after being assaulted by another inmate.

He was released on a medical, own recognizance bond and was required to turn himself back into the jail after he recovered.

Ironton Police looked for him in Milton, West Virginia after they heard he might be operating out of his clinic. Eventually, they found him in Catlettsburg, Kentucky at the house of his girlfriend’s mother.

Spelar later had a trial in the Common Pleas Court of Judge Charles Cooper. In October 2017, Spelar was found guilty of two counts of fifth-degree felony possession of drugs and sentenced to four years of community control with intensive supervision until 2021. He was also required to successfully complete a drug treatment program.

His supervision was transferred to Boyd County, Kentucky, since he was living there.

In April 2019, the U.S. District for the Southern District of West Virginia indicted Spelar on 10 counts for allegedly distributing Schedule II narcotics beyond the bounds of his medical practice to a single patient between October 2016 and April 2017.

The indictment said the prescriptions included dextroamphetamine, methylphenidate, and amphetamine salt, to a patient who did not have a medical need for the drugs and whom the doctor never examined.

He was one among 31 doctors, seven pharmacists, eight nurse practitioners and seven other licensed medical professionals, for their alleged participation in the illegal prescribing and distributing of opioids and other dangerous narcotics and for health care fraud schemes. According to the Department of Health and Human Services Office of Inspector General, the charges involve over 350,000 prescriptions for controlled substances and over 32 million pills in West Virginia, Ohio, Kentucky, Alabama and Tennessee.

In August 2019, Spelar pleaded guilty to one of the counts in the federal indictment for issuing an illegally prescribing a Schedule II prescription drug. He will be sentenced on Dec. 9.

Spelar was initially licensed in West Virginia in May 2013. Since August 2017, he has been prohibited from practicing medicine by the West Virginia Board of Medicine after the board became aware of his situation in Ironton.

After pleading guilty to the federal charge, the board revoked Spelar’s license to practice medicine. The files on Spelar’s case will be kept by the board indefinitely.

Man gets 46 months for widespread fraud

ASHLAND, Ky. — A Proctorville man has been sentenced to several months in prison and ordered to pay back nearly... read more