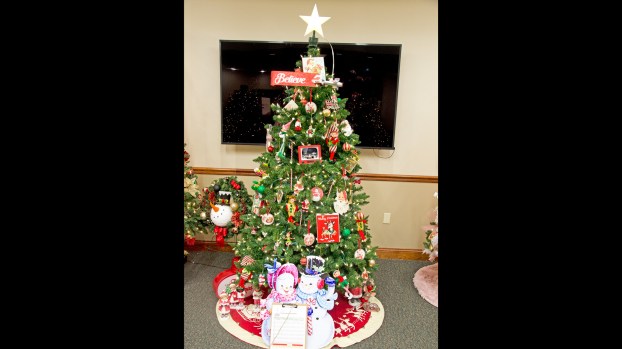 SOUTH POINT — The winners have been announced for the fifth annual Lawrence County Festival of Trees and Christmas Market, which took place over the weekend at the Chamber’s headquarters.

Trees were furnished by the Chamber and decorated by 24 businesses and schools in various themes.

In the judge’s awards, first place went to Elkins Creek Horse Camp, for their natural-themed traditional tree, with a dogwood cross on top. Second place went to the Flower Shop of Chesapeake for a tree honoring veterans, and third to Engine’s Inc., for their train-themed tree.

In the People’s Choice award, voted on by attendees, the prize went to Proctorville Animal Clinic, whose tree was topped with a motorized airplane which circled the tree.

In the schools’ competition, seven second grade classes from elementary schools around the region competed and the award went to Symmes Valley Elementary.