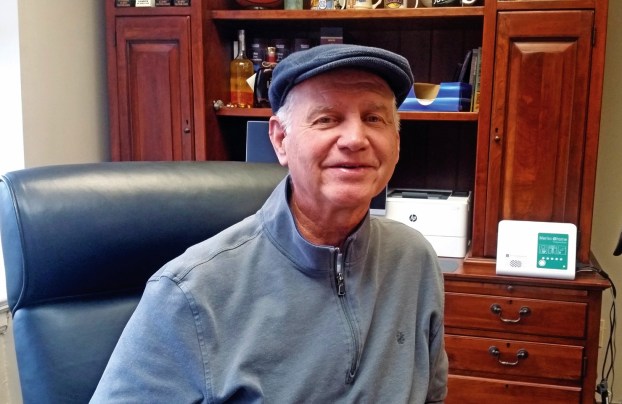 Ironton Municipal Court Judge Kevin Waldo learned on Monday his drug court program had been certified and accredited by the Ohio Supreme Court. The program has been in place since April 2018. (The Ironton Tribune | Mark Shaffer)

On Monday, Ironton Municipal Court judge Kevin Waldo received the news that his drug court program had been certified and fully accredited by the Ohio Supreme Court.

He had been running a drug court since April 2018 and it got initial certification on April 20, 2019, but the certification and accreditation means that the program will now be able to apply for more grants and other things.

Waldo said the original idea for the drug court was to coordinate between all the local agencies that are involved in rehabilitating and counseling a person who has a drug issue and help them get their lives back on track.

So Waldo had 23 hour-long meetings over two days with the owners and managers of the agencies so he could nail down all the details of what they offered.

“I’d been a prosecutor for 30 years and I knew all these entities existed, but I wanted to know, from a judicial standpoint, who I am going to be sending people to and what kind of program they run,” Waldo said.

He said the 29 offenders selected for the group were people who had fourth or fifth degree misdemeanor drug offenses, had not committed a violent crime or a crime that didn’t have a victim.

“We have to determine if these guys want help,” Waldo said. Many don’t.

“Some people literally say they would rather do 30 days in the jail, they don’t want any help, that they don’t have a drug problem.”

Waldo said that a lot of the people in the drug court were pulled over for a traffic violation and were found to have illegal drugs on them.

He said he based his court on the idea of compassion with rehabilitation with the goal of the program, rather than just housing them in the already overcrowded county jail.

“If there is some kind of method where we can rehabilitate somebody and get them back on their feet rather than just putting them in jail, I would rather do that,” he said.

He said some of the program participants had a good life with a house, two cars and family before they started to have substance abuse issues and by the time he gets them in court, they “have lost all that and more.”

Waldo said that the group meets every Tuesday afternoon and that they sit around a table together.

Several members of Waldo’s staff are involved and the participants go over what they have done over the past week.

“We try to treat it more like it is a family, rather than a criminal proceeding,” Waldo said. “Our effort is to take someone that is completely broken and stitch them back together with constant help with our staff, with wherever we send them to get counseling, possibly residential treatment and then we work with the counselors and the residential treatment centers.”

After the program had been running for a while, Waldo applied for certification with the Ohio Supreme Court.

“It places you in a much higher position, vis a vis, the state and the Ohio Supreme Court,” Waldo said. “Being certified entitles the program to some grant money, but it also entitles us to money from the federal government.”

He said what the certification means for those who graduate from the drug court is that it carries a little more clout when they put in job applications and it helps them clean up their records.

“I am enabled to reduce felony possession cases down to misdemeanor possession cases. And if they have successfully graduated from the program, I would lean more towards expungement,” he said.

He said the goal is to help the participants  put themselves back on their feet.

“It is just the most rewarding thing I have had in my entire life,” Waldo said. “The reward in all this is so unbelievably satisfying to re-mold them and put their family back together. That is really what makes the job the greatest thing in the whole wide world.”

Today Chesapeake Council The Chesapeake village council will meet at 7 p.m. in a special session at village hall regarding... read more