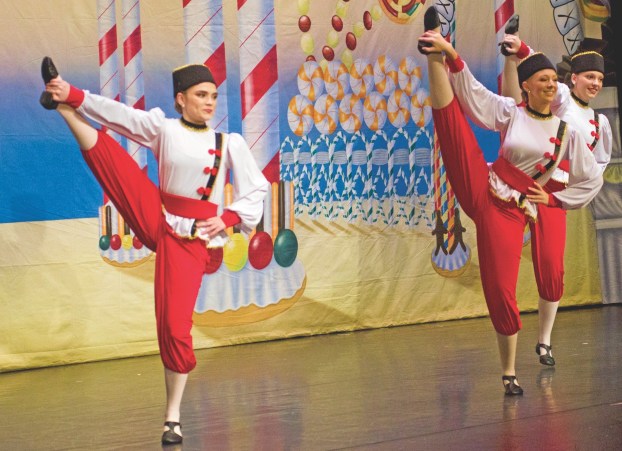 There were two performances of “Santa’s Version of the Nutcracker,” which adapted the classic ballet to a storyline written by school owner/instructor Yvonne Sinnott.

Introducing the show, Sinnott said her “adult Christmas list was for everyone to ‘love, share and care and to accept each other as God created them.’”

Sinnott said many people do not realize the dancers are as athletic as anyone playing sports.

“There’s so much coordination,” she said. “And it doesn’t stop. Even as adults they keep up with it.”

She recalled a student she once had who was a high school athlete who, after taking dance, saw such improvement with coordination, that the coaches had more athletes sign up.

“I told them that we are athletes, too,” Sinnott said.

She said the coaches, after seeing the exercises students at the dance school went through, told her “you should be a coach.”

“I told them, ‘I already am,’” Sinnott said, stating that “dance helps students “physically, mentally and spiritually.”

This week saw the passing of a longtime friend of her school.

Otis Jennings died of a heart attack on Monday.

A former student who came to her as a teen, Sinnott said he was working the door at the show over the weekend.

“He kept coming and he would help us backstage and carried our sign in the Memorial Day parade,” she said, adding that he had become like extended family to the school.

— For more photos from the show, see page 8A.

COAL GROVE — On Thursday, excited cries of “It’s just what I wanted” echoed off the walls of the gymnasium... read more