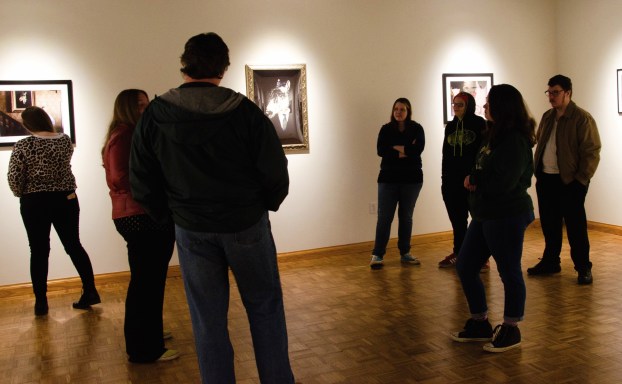 An opening reception took place on Thursday in the gallery  in the in the Dingus Technology Center at Ohio University Southern for a new exhibit featuring photography from Chelsea Howell, of South Point.

Howell, who received her Bachelor of Arts degree in in 2012 from the school, said the photos in the work are mostly digital photography.

“All my work is conceptual,” she said, stating the themes are planned out. “I don’t just shoot it to shoot it.”

She said the portraits in this work are from the “My Passenger” series and most were shot in the past year, though a few pieces date to 2007.

Proud to be Appalachian

The more I learn about my heritage and the culture of my ancestors, the deeper my commitment is to carrying... read more