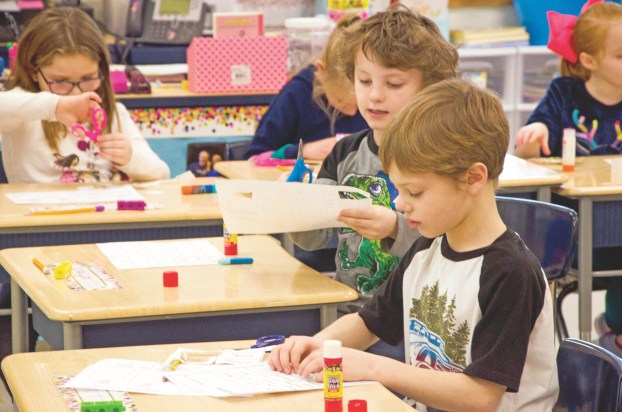 As a result of its grade on the most recent state report cards, the school was named for the Momentum Award on Jan. 8.

“We got all As on value-added measures on our report card,” principal Chris Mathes said of the report for the 2018-2019 school year. “And we got all As in subgroups for economically disadvantaged, disabilities and lowest-performing 20 percent.”

Mathes said, overall it means “the students have shown a year of growth.”

The school, which has 392 students in grades kindergarten through fifth and 26 teachers, was the only one in Lawrence County to receive the designation.

“The students, teachers, administrators and staff honored today are shining examples to peers and colleagues around Ohio,” State Board of Education president Laura Kohler said in a news release. “We are so proud of these award recipients and the effort they put in to learning, leading and growing every day. We are both encouraged and challenged by the example of excellence they are setting.”

According to South Point superintendent Mark Christian, 48 districts and 173 schools in Ohio received the award. Christian points out there are 618 districts in the state, with an average of 2-3 schools each.

“So it’s pretty prestigious,” he said. “We’re proud of all the hard work and effort they have put in at the elementary school.  They always do really well.”

Mathes, who has been principal of the elementary school for 17 years, will travel with assistant principal Bill Christian to Vinton on March 17, where they will be presented with a plaque for the school.

“We’re seeing the return of hard work over the years,” Mathes said.

Rotary to celebrate 100 years next month

The Ironton Rotary Club is set to celebrate 100 years of service to community. “Our centennial celebration is 6 p.m.,... read more