PROFILE 2020 – In the family: Three generations of Hackers have been in the ‘people business’ at Iron City Hardware 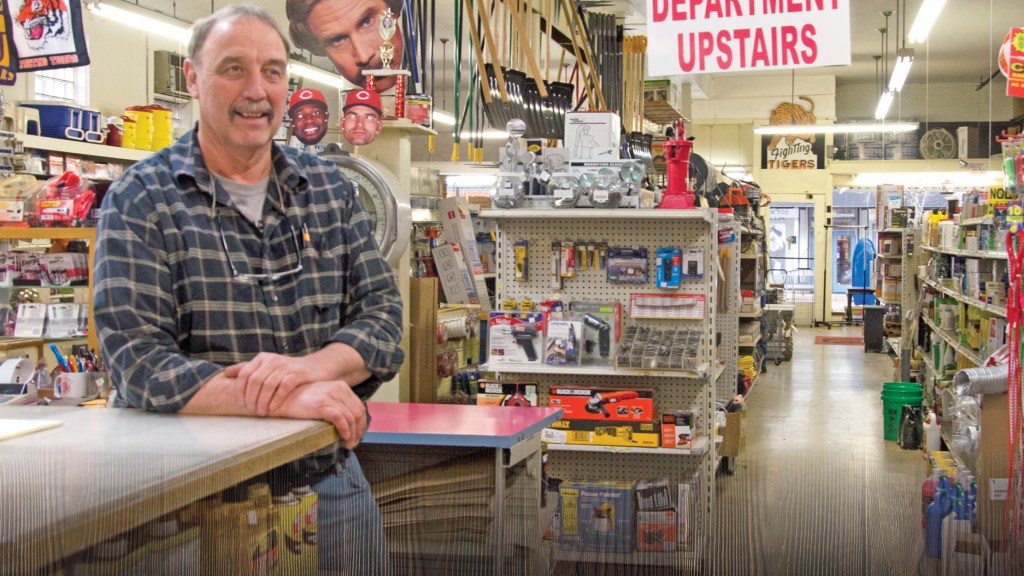 Coming up on its 100th anniversary in business, Iron City Hardware, is one of the city’s oldest continuously-run businesses and likely one of the county’s as well.

Currently run by Jim Hacker, the business was launched by his grandfather, Herman Hacker and his granduncle, Henry Hacker, in 1926.

It has remained in the family for two more generations. It first went to Jim’s father, Don Hacker, and uncle John. Then Jim and his brother, Dan, took over in the 1990s.

The store sells a wide variety of items, from tools, plumbing supplies, appliances, electrical supplies and seasonal items, like sleds in the winter.

The store’s inventory is so wide and varied, their thinking is, “If we don’t have it, you probably don’t need it.”

In addition to the first floor of hardware, Iron City has a second floor, of furniture displays, for which they also provide delivery. And in the last 20 years, the store expanded to carry lumber.

The store has lasted through three generations, the Great Depression, a world war and the 1937 flood of the Ohio River, the high water mark of which is marked with a sign on one of the store’s walls.

In addition, Iron City has also thrived with competition across the street in the similarly-long-lived Central Hardware.

Hacker points out that there were four hardware stores in the city at one point.

He said they draw customers from around the Tri-State and from multiple generations who come to find the personal service not available in a big box store.

Hacker says, for many of the customers, he thinks it is a “Cheers”-like atmosphere coming back.

“It’s ‘where everybody knows your name,” he said.

Jim has worked in the hardware store since he was a teen, helping to unload deliveries from nearby rail cars when he was 14.

After graduating high school, he began to work at Iron City full time, working alongside his father for 35 years, before taking over with his brother.

He has worked in the store long enough that he received a Golden Hammer award from the Ohio Hardware Association for 50 years in the business.

It was an honor also received by his father and his brother, who retired in 2010.

Hacker said the store currently has five employees and between them, they have 100 years of experience in hardware.

Experienced service is something customers have been able to expect from Iron City over the years.

For instance, last year Kenny Delawder retired after 23 years from the store. Hacker presented him with a Golden Hammer, joking that it was because they worked him twice as hard.

Hacker said innovation is key to a changing economy and customer needs.

The mini “Iron City Storage” units can be rented by the month from the store.

Iron City has remained a favorite with locals, winning the Best Hardware Store category in The Ironton Tribune’s “Best of” section multiple times.

“I always try to tell the employees that we’re not in the hardware business,” Hacker said. “We’re in the people business. They will come back if you treat them right.”

Some lessons are learned the hard way