Dragons, Generals plan to get runnin’ 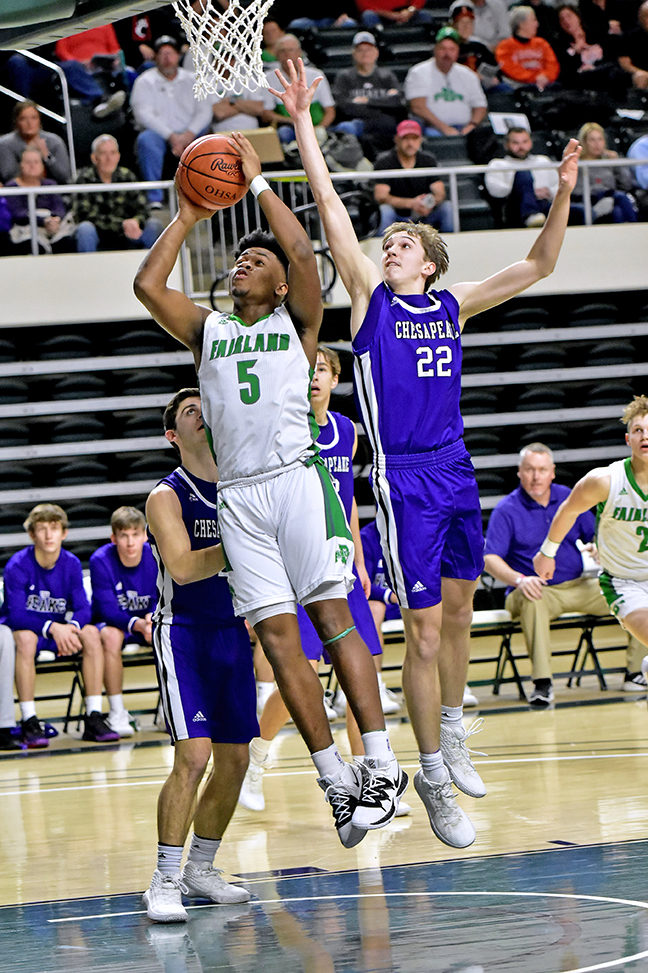 PROCTORVILLE — It’ll be like watching a tennis match on a 90-foot court.
The basketball is expected to be going back and forth in rapid fashion when the Fairland Dragons play the West Lafayette Ridgewood Generals in the Division 3 regional semifinals at 8 p.m. Wednesday at the Ohio University Convocation Center.
Fairland has the ability to run but likes to utilize its press to force turnovers and get transition baskets.
Ridgewood has a guard-heavy lineup that helps the Generals get out and run as well.
“They like to get out and run. They like to get up and down the floor. Most of their points are in transition,” said Fairland coach Nathan Speed.
Fairland comes into the game ranked sixth in the final Associated Press poll while Ridgewood was ranked 10th.
The Dragons are 23-2 on the season while the Generals set a school record for wins and are 24-2 overall. Fairland won the Ohio Valley Conference for the fifth straight season while Ridgewood claimed the Inter-Valley Conference South Division title.
Ridgewood is led by 6-fooot-4 senior guard Trey Stoffer who was a first team East All-District selection. He averages 14 points, 7 rebounds and 6 assists per game.
Several players for the Generals were starters for the football team that went 12-1 before losing to Ironton in the regional finals.
One is 6-foot senior guard Koleton Smith who was second team all-district and averages 12 points and 5 rebounds.
Named to the district third team was 5-11 sophomore guard and forward Dalton Patterson who averages 9 points, 4 rebounds and 3 assists.
Gage Tingle — a 5-11 sophomore guard who was the quarterback for the football team — was honorable mention all-district as he averaged 5 assists a game. Another football starter was 6-4 center Connor Kunze who rounds out the starting lineup.
Tingle and Kunze have combined to average 13 points and 12 rebounds a game.
“They’re not a really big team, but they are strong. They have good passers and move the ball well,” said Speed.
Off the bench will be 6-3 senior center Logan Smith, 5-10 senior guard Kaden Smith and 6-4 senor Blayden McCoy who can play center or forward.
Logan Smith and Kaden Smith were also starters for the football team.
The Dragons will counter with 6-3 junior center Jacob Polcyn, 6-foot sophomore guard Aiden Porter, 6-foot forward Gavin Hunt, 5-10 junior guard Clayton Thomas and 6-3 junior forward Jordan Williams.
Polcyn — a first team all-district pick — averages 11 points, 8 rebounds and 4 steals. Porter gets 15.3 points, 4 rebounds and 2.4 assists per game while Thomas has a 15.5 scoring average with 2.4 rebounds and 5 assists.
Both Porter and Thomas were second team all-district.
Hunt averages 6.5 points a game.
Off the bench are 5-10 sophomore guard Zander Schmidt and 6-4 junior forward Nate Thacker. Schmidt averages 3.2 points and has hit 13 3-pointers.
The first game has No.1-ranked Canal Wincherster Harvest Prep (22-3) facing No. 9-ranked Chillicothe Zane Trace (22-3) at 6:15 p.m. The winners meet at 7 p.m. Saturday for the regional title and a berth in the state tournament.

CLEVELAND (AP) — Christian Kirksey’s value to the Browns — on and off the field — didn’t equal what they... read more