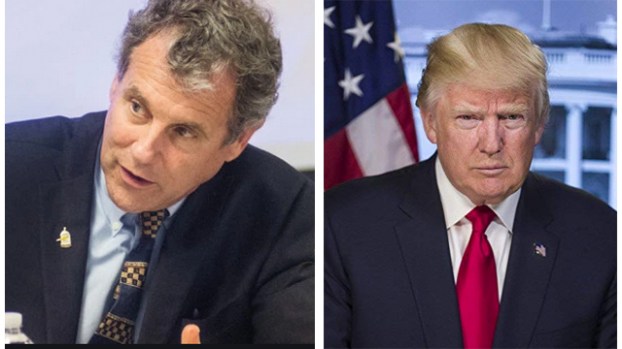 Senator had written to Trump to protest move in 2018

At a White House press conference on Friday, Trump said he took “no responsibility” for disbanding the Global Health Security unit. Trump denied he disbanded the office in 2018 and blamed it on his staff.

Brown issued a statement on Friday, demanding answers from the president following what he said were false claims.

Brown’s office pointed out that in 2018, following the news that the group would be disbanded, the senator wrote to Trump, urging him to reconsider this decision.

“More than 600 days ago, I wrote to President Trump demanding answers after he got rid of the entire White House global health security team,” Brown said. “We are less prepared today because of his systemic cuts to programs like this and the CDC, and his constant sabotage of our healthcare system.”

In his 2018 letter, Brown wrote, “In our globalized world, where diseases are never more than a plane ride away, we must do all we can to prepare for the next, inevitable outbreak and keep Americans safe from disease. I urge you to act swiftly in reaffirming your commitment to global health security by taking immediate action to designate senior-level NSC personnel to focus on global health security, supporting adequate and appropriate funding for global health security initiatives, and leading the way in preparing for the next pandemic threat.”

A copy of Brown’s 2018 letter can be found on his Senate website.

On Thursday afternoon, Ironton Mayor Sam Cramblit gathered local officials in a mandatory meeting to tell them that he was... read more