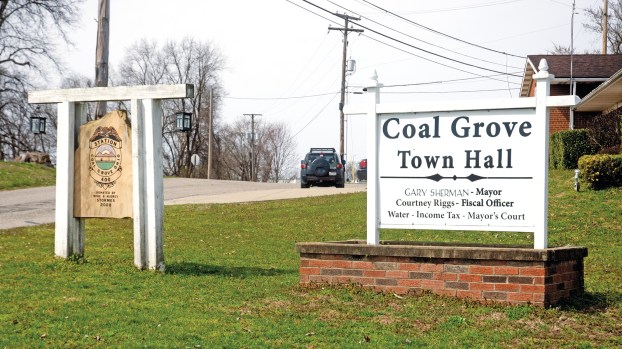 The Village of Coal Grove has joined Ironton and several other Ohio cities in declaring a state of emergency.

Mayor Gary Sherman said that they will be following Gov. Mike DeWine’s directions in this situation and that it was done to ensure the safety of the village and prevent any potential spread of the COVID-19 Coronavirus. On Thursday, DeWine limited the size of groups of people gathering together and banned having more than 100 people in a single room at the same time. That does not apply to churches, grocery stores, libraries, workplaces, weddings, funerals and airports. Athletic events will not have spectators, except parents and media.

Like Ironton, the village is discouraging the shaking of hands, which is one of the ways all viruses are passed and limiting the number of visitors to the nursing home.

Notices to that effect were printed up and distributed to businesses around the village.

“The first thing this morning, our police department got them all out to be posted on front doors of businesses,” Sherman said. “They took time to explain things out to the business owners and employees.”

Sherman said he went to Crystal Care Center of Coal Grove on Thursday.

“They were on top of their game. They already their doors locked and a sign posted,” he said. “We had a conversation with them about if they needed any help. And it appears they are following all the correct guideline and denying entry until after they ask several questions about health and they are checking people’s temperatures. They are doing things the right way.”

Sherman said that everyone has to be concerned when it comes to the virus and the elderly or the sickly.

He has also met with the village police and fire chief to make sure they had what they needed on hand and had plenty of it.

“I think there were just a couple items they needed to order,” Sherman said. “But they are good to go for any response that might come up.”

Sherman said that the village townhouse will remain open to the public, but the employees will stay behind the glass at the counter and minimize contact with people. There is a drop box outside for customers wishing to avoid coming inside.

All precautions set forth will remain in effect until further notice from the State of Ohio.

Mayors from throughout the county discussed the situation with The Tribune on Friday afternoon.
In Chesapeake, Mayor Kim Oldaker said the village was still running normally, but they had made change to the mayor’s court.

“We’re holding it a little differently,” she said, noting that they were limiting courtroom attendance to defendants and their lawyers.

“And we’re having them use hand sanitizer when they enter,” she said.

She said the village’s Easter Egg Hunt, which was originally scheduled for March 28 has been postponed and she will give an update later.

In South Point, Mayor Jeff Gaskin said he was deferring to the leadership of Gov. Mike DeWine, who issued a state of emergency on Thursday.

“I believe we should heed the governor’s advice,” he said. “Use common sense, wash your hands, stay home if you’re sick and we’ll get through this.”