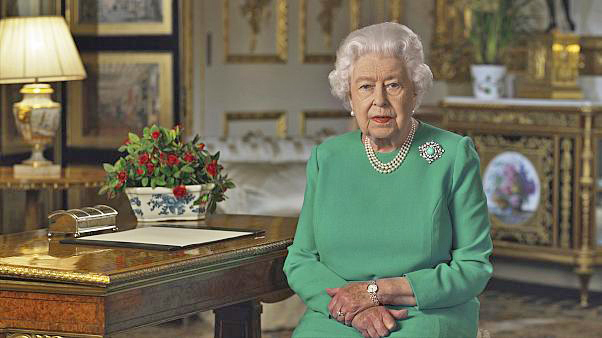 Editorial: All waiting on some sunny day

It is rare that the queen of the United Kingdom addresses her nation via television.

But, with coronavirus cases surging there, making it the new hotspot in Europe, and the country’s prime minister, Boris Johnson, in intensive care with the virus, the monarch, who turns 94 this month, appeared on BBC airwaves on Sunday night to offer reassurance in a time of crisis.

The queen thanked workers of the National Health Service, who she said were on the front lines of the crisis, as well as those who were following social distancing requirements and staying home to curb the spread of the disease.

She recalled a similar time of hardship, during the German bombing of the nation in World War II.

“It reminds me of the very first broadcast I made, in 1940, helped by my sister,” she said. “We, as children, spoke from here at Windsor to children who had been evacuated from their homes and sent away for their own safety.”

She said many in the nation and world felt a painful sense of separation from their loved ones as they isolated themselves.

“But now, as then, we know, deep down, that it is the right thing to do,” the queen said.

But she offered hope for the coming weeks.

The closing line of the queen’s widely-praised speech, had particular resonance to her nation.

Lynn, a beloved figure among her nation’s veterans, just celebrated her 103rd birthday. She said she was thrilled her song, which is now surging on the British charts again, was quoted by the queen.

“I didn’t know that Her Majesty was going to finish up with the words ‘We will meet again,’” Lynn said. “But I think those words speak to the hope we should all have during these troubling times.”

The sentiment of wartime Britain, invoked by the queen, is a universal one.

The last month has been a difficult one for many in our area, with a stay-at-home order in place and many fearful of what the future holds.

To those in our county, we say to hang in there. This will pass.

In the meantime, please continue to follow the advisories set forth by health officials.

The more effective we are at this, the more impact we have and the sooner normalcy will return.

Whether it’s friends and family, school classmates, a church congregation or a friendly shop owner, our community will be reunited and we can all celebrate that sunny day.

No excuse for abuse of sites

How one can amass 85 bags of kitty litter is a little baffling, but, even more so is what would... read more