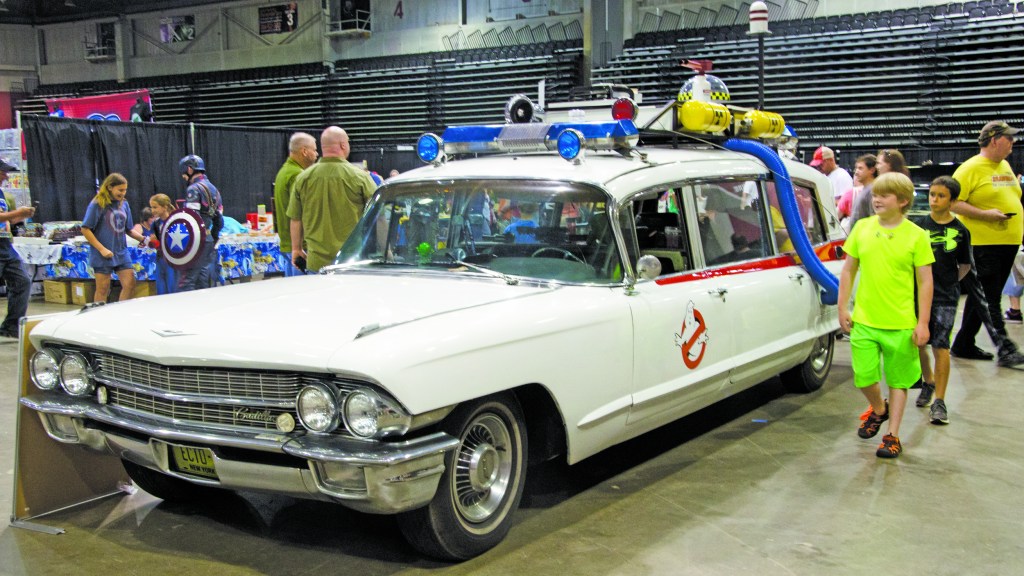 Attendees of the 2016 Tri-Con at the Big Sandy Superstore Arena in Huntington look over a replica of Ecto-1 from Ghostbusters. The first ever Huntington Comic and Toy Convention, which was created out of Tri-Con, has been delayed until August. (The Ironton Tribune | Heath Harrison)

Tickets are available now at www.huntingtoncomiccon.com. Tickets will also be available at the door based on availability.

Celebrity attendees will be individually confirmed as their schedules allow and will be announced starting in the next few weeks via Facebook and the show’s website.

“We are excited to announce a date further out in the calendar,” Comic Con event producer Jarrod Greer said. “While it is a monumental task to reschedule the event, we were all becoming concerned that the June date was just too premature. The Mountain Health Arena has been great in helping us get a date that we are much more comfortable with! We firmly believe that through everyone’s continued cooper-ation we will be able to give Huntington the event it deserves.”

The event was created from the previous Tri-Con convention, which took place at the arena for the past several years.

DeWine: Economy will begin to reopen after May 1