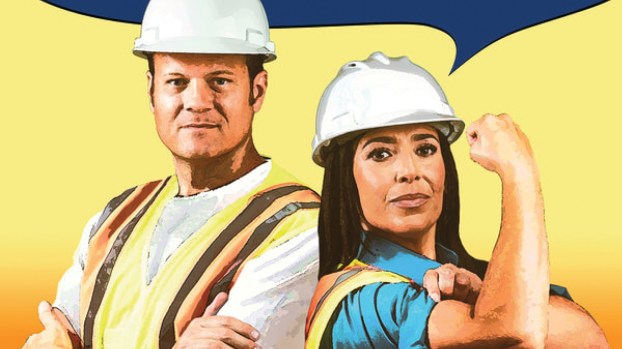 COLUMBUS — This week, the State of Ohio is reminding drivers to pay more attention to when they are driving through construction and other work zones as it joins other states across the nation to remind drivers to be extra alert in work zones this year.

This week is National Work Zone Awareness Week, a time dedicated to promoting safety in work zones, not just for workers, but for motorists and pedestrians as well.

“There were 6,574 work zone crashes in Ohio during 2019, an all-time record. It’s not a record we like to hold,” said Ohio Department of Transportation director Jack Marchbanks.

The 2019 numbers are 40 percent higher than the previous year. Unfortunately, through March, Ohio was on pace with 2019.

Most of the work zone crashes are rear-end crashes caused by drivers traveling too fast or too closely to the vehicle in front of them.

Included in the 6,574 work zone crashes last year, were 1,121 injuries, 129 of those being serious, and 16 deaths. Two construction workers were killed in 2019, both worked for Cleveland-based TraffTech Inc.

“The men and women who work on and along our roadways put their lives on the line each and every day to ensure our roads and bridges are in the best condition possible. All they ask in return is for motorists to pay attention to them, move over and slow down,” Marchbanks said.

Since it was initially created as the Ohio Department of Highways in 1905, there have been 162 ODOT employees killed in the line of duty.

This is the 20th year for National Work Zone Awareness Week. Ohio hosted the 2016 event in Toledo.

Drivers distracted by electronic devices not only puts other drivers in danger, it puts roadside workers in danger.

“Drivers should always focus on the road, but driving in work zones requires extra attention and focus,” Marchbanks said.

According to the Ohio State Highway Patrol, there were 13,495 distracted driving crashes in Ohio last year, a number we know is vastly under-reported. Forty-one of the crashes were deadly.

Field lights turned on for 20 minutes and 20 seconds SOUTH POINT — With closures and social distancing in place,... read more