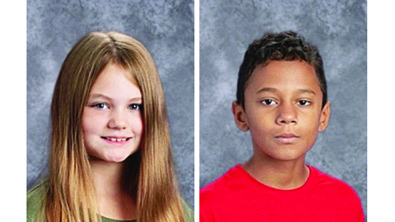 Shortly before Lawrence County schools shut down on March 13 for an extended spring break due to the COVID-19 pandemic, students at the school had entered the Zaner-Bloser Cursive Writing contest.

Sponsored by the Columbus-based publishing company, the competition was open to students across the nation and selects winners from grades in each state.

All of the school’s classes, which run from third through fifth grade, took part in the event, submitting a sample of their cursive handwriting.

This week, assistant principal Sandy Joseph announced that two of the school’s students had won at the state level for their respective grades.

“We were sent certificates to present to them after the March 13 ordered closure of schools,” Joseph said. “We must now wait for the school closure to be lifted by Gov. DeWine. When that happens, the contest organization will send prizes to these students. The state winner receives a medal and a certificate.”

She said principal Teresa Johnson also was “delighted to hear of their achievements.”

“We are both so proud of these fine students who both make the Honor Roll regularly,” Joseph said.