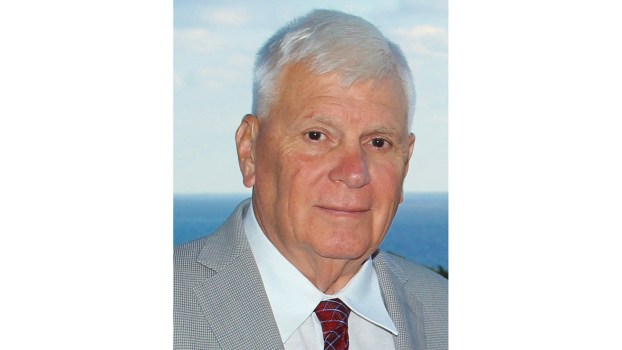 CHESAPEAKE — A former three-term county prosecutor is being remembered for his dedication to the community, as well as being a mentor for political leaders around Lawrence County.

Meyer was elected as the Lawrence County prosecutor in 1976, serving three terms until his defeat in 1988.

“Dick loved Lawrence County and was a true political servant,” current County Prosecutor Brigham Anderson said. “He was constantly involved in civic organizations and intimately involved with the Republican Party.”

Like many, Anderson said Meyers encouraged him to run for his current office, having discussions about it when Anderson was assistant prosecutor.

“He was a big supporter of mine and I got a lot of advice from him over the years,” Anderson said. “He was always there for advice, had a wealth of knowledge and was a good friend.”

Like Anderson, former Chesapeake Mayor Dick Gilpin said he was supported in his run by Meyers.

“If it wasn’t for him urging me to run, I wouldn’t have been mayor of Chesapeake,” Gilpin said.

Gilpin described Meyers as a mentor and said his daughter worked for him.

“He saw that potential in her,” he said.

Both Meyers and Gilpin were members of the Chesapeake-Proctorville-Rome Lions Club. The group honored Meyers as their annual dinner a few months ago with the Melvin Jones Award.

“It’s given for community service,” Gilpin said. “He did a lot behind the scenes that you never knew about.”

Gilpin said Meyers was instrumental with the Chesapeake Community Center, helping with the fundraising and financing to get it established.

“He was a leader in Lawrence County and a man who we will really miss,” Gilpin said.

Chesapeake Council member Paul Hart said he got his start in politics at Meyers’ urging as well.

“He started the Young Men’s Republican Club in the eastern part of the county,” Hart said. “In those days, we were all young. It was a really inspiring thing.”

He said the group, which hosted events like ox roasts drew numerous future leaders in the county.

“At the time, Ironton was strong,” Hart said of the Republican political situation. “But he turned the tables and brought a lot of that strength here.”

He was exceptional and he didn’t charge us nearly as much as he could have,” Hart said. “He really brought the village into the new millennium and the way of doing things. Before that, it was Mayberry, USA. He pulled us out of that.”

Meyers practiced law with his father until he acquired Judge Kenneth Ater’s office in Chesapeake and worked for more than 50 years.

“That was a real asset for him,” Hart said of Ater’s mentorship of Meyers, who he described as “Mr. Lawyer.” He said Meyers represented him in an eminent domain case regarding the construction of the bridge from Chesapeake to Huntington, West Virginia.

“That was one of his biggest cases,” Hart said.

“He was his best friend and he became a good friend of mine,” Hall said. “He’s definitely going to be missed. He’s one of those people who can’t be replaced.”

Hall was in the Lions Club with Meyers, who held the position of Tail Twister.

“He was a true friend and did a lot for the community,” Hall said, recalling Myers as a “jokester and a prankster.”

But he said the word that would best describe him is “humble.”

“He was down-to-earth and never shared much of his accomplishments,” Hall said. “I can’t say enough good things. He was a dear fiend, has a great wife and kids and was very humble.”

Hall said Meyers often did legal work for families who did not have the means to pay and that he was very loyal to his employees.

“He took good care of them like they were family,” he said.

Hall said Meyers was respected across the political spectrum.

“He was Republican by nature, but he got along with all of the Democratic attorneys,” he said.

State Rep. Jason Stephens, who serves a chair of the Lawrence County Republican Party, described Meyers as “always full of life and he loved the politics of Lawrence County.”

“He loved life and loved to go fishing, tell fishing stories and tell politicking stories,” Stephens said. “Whenever something was going on, he’d want to know what the deal was with whatever issue. I always enjoyed talking to him.”

Stephens said Meyers was “invaluable for his honesty.

“What made Dick special, he would always tell you the truth, whether you wanted hear it or not,” he said. “You always relied on him to keep you in line. If you did something stupid, he was the first to call you on it. He was never shy where he was on issues.”

He said Meyers would be a major loss for the county.

“He was a good friend and always wanted to see good things happen,” Stephens said. “Lawrence County is going to miss Dick Meyers.”

He was an active member of the Chesapeake United Methodist Church, serving on various committees and as a Sunday school teacher.

Funeral plans for Meyers will be announced at a later date.

The Lawrence County Health Department said it was in consultation with Ironton Mayor Samuel Cramblit II and members of the... read more