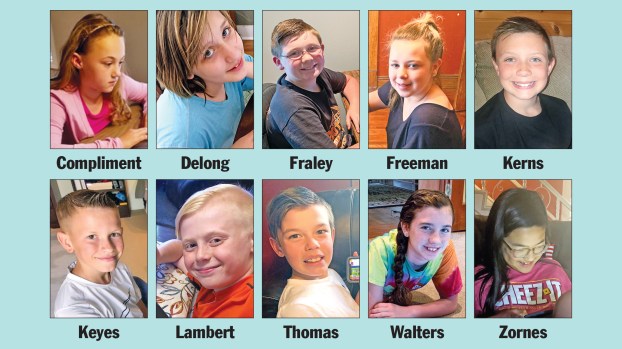 While some students dread having to go online to do their school work, last week, Mathletes at Ironton Elementary School buckled down and answered hundreds of math questions.

Their effort paid off as the Ironton Elementary fifth grade won the Sumdog national online Teacher Appreciation math contest on May 7.

“I was impressed with the amount of effort shown by my students, especially since they haven’t been able to be with me in the typical classroom setting to push them while competing,” Kerns said.

Even better, she said, was that they won the competition during Teacher’s Appreciation Week.

“There is no better present they could have given me than this win.” Kerns said. “I appreciate them taking on an extra 1,000 questions in addition to the packets they are already completing at home.”

Mathletes is an afterschool program at IES for fifth graders. The students were picked back in January before the coronavirus pandemic shut down schools.

The kids said they enjoyed answering the math questions.

Mairin Walters said she was in the Sumdog competition because before the quarantine started, the Mathletes were supposed to go to Dayton for an event. Since that couldn’t happen, she was happy to compete online.

When the Mathletes were still meeting, they did high school and college-level math questions.

As for coming in first in the nation, she loved it.

“I was super excited,” Walters said. “Because Ms. Kerns said our school has won in the past, but we were the first class to win on the first try.”

Thomas got his seventh-place spot in the Sumdog competition by answering 1,000 questions and only missing five.

And why did he compete when he already had homework to complete?

“I don’t know, I just like math,” he said, adding it was a little hard. “It wasn’t too bad. I was happy we got first place because we really worked as a team to get this far.