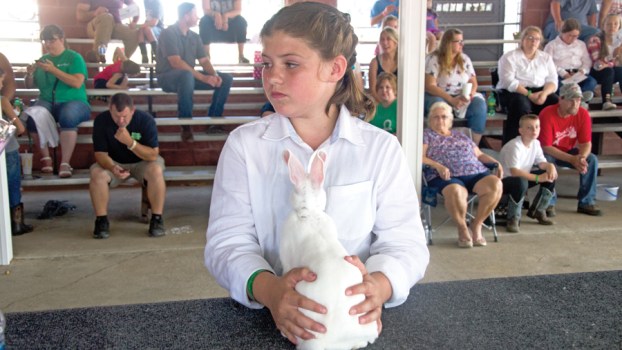 Board to meet this week to discuss county fair

Plans expected to include 4-H events, but no rides or attractions

The Lawrence County Fair Board is set to meet this week to discuss what form this year’s fair will take due to the COVID-19 pandemic and limits on mass gatherings and social distancing requirements.

Chris Collier, vice president of the Lawrence County Fair Board, said on Monday that they will be meeting on Thursday to discuss plans and expects an announcement the following day.

“We’re waiting to see what DeWine says is allowed,” he said of the governor’s daily news conferences, which were expected to include guidelines for county fairs across Ohio.

In a posting on the fair’s Facebook page on Saturday, fair board president Randy Lambert addressed the situation.

“In regard to the Lawrence County Ohio Fair, we will get more guidance next week from the state and make a formal announcement, but I feel confident that we will have a Junior Fair only,” Lambert said. “We do not foresee any major grandstand attractions or rides this year. Exactly what the Junior Fair will consist of, we should know by Memorial Day. We think it will consist of 4-H animals, restricted animal shows, judging and of all 4-H projects, plus a livestock sale.”

Lambert said details would be announced on the Facebook page.

The decision by Lawrence County’s fair comes a week after officials in neighboring Scioto County scaled back its county fair.

“This decision has been a very difficult one, but, with the uncertainty of social distancing and mass gatherings for the summer related to the COVID-19 pandemic, we feel that it is in the best interest of our community to make the decision at this time,” a news release read.

A Junior Fair is still being planned for the Scioto County Fair for children involved in 4-H and FFA, which will take place during fair week. Details will be announced at a later date.

Organizers of signature events around the region have had to change plans due to the COVID-19 pandemic. Ashland canceled its annual Summer Motion celebration, which was set for July, while this month’s Ironton-Lawrence County Memorial Day Parade has been significantly scaled down, will be livestreamed and is closed to spectators.