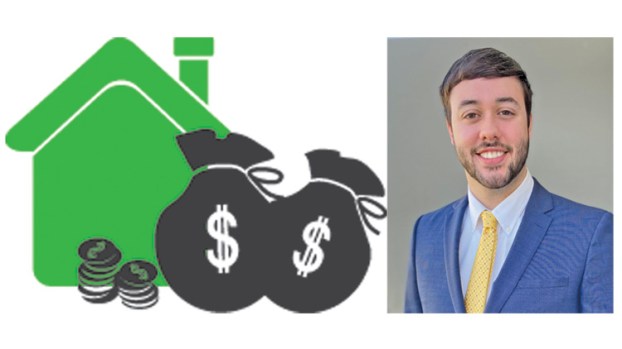 Editor’s note: This will be the first in a recurring series of articles speaking with experts on a path forward for individuals and businesses dealing with the economic fallout of the COVID-19 pandemic.

This year has brought difficult economic times for many in our region, with layoffs and furloughs impacting many families’ budgets.

In addition to the global coronavirus pandemic, the closure of Our Lady of Bellefonte Hospital this spring has only compounded the problem.
Josh Damron, a financial advisor at Creative Financial Solutions, said that planning is key for those facing an uncertain future.

“If somebody’s laid off and is struggling, what we want to see is a healthy budget,” he said. “Finding that out is very important.”

It is always good to plan for emergencies in advance, but Damron said it is not too late to start, even after a crisis hits. He said he has had many come in who have been laid off or furloughed, or have been reduced from full to part-time employment, who are beginning to plan for the first time.

“If someone walks in now, we want to help,” he said. “It’s always important to have a plan and know where the money goes. We’ll take a look at what they and have and where it goes and try to eliminate the big expenses. A lot of people don’t know where it all goes.”

While Damron said the CARES Act, passed by Congress to aid in the pandemic, has opened up options for people to withdraw money from retirement plans, he advises against it.

“You don’t want to do that,” he said. “That’s there for retirement. And you would still have to pay taxes on it.”

He said the key is to come up with an emergency fund, using money from optional expenses, such as money that may have been set aside for vacations.

“And you can reduce expenses by not eating out,” he said. “That’s not so much of a problem for people now, though.”

He said they begin by concentrating on essentials — utilities, house payments, car payments, and try to eliminate all discretionary spending.

“The bare bones — things like food on the table,” he said.

Damron also advised those who have been hit by a furlough or layoff to file early for unemployment.

“That can take seven to 30 days,” he said of the wait for the process, which has been overwhelmed by high filings over the past two months. “You can do that online now. It’s so much easier.”

And he said people should stay focused on the long term and avoid making “emotional, rash decisions” in a time of crisis, whether damaging their retirement accounts or running up credit card debt.

“They think they can pay it off in two weeks,” he said of some who decide to turn to credit. “It’s so easy to do. I’ve seen it happen. It’s like a drug and it gets easier and easier for them.”

Creative Financial Solutions has offices in Ironton and Washington Court House in Ohio and Barboursville in West Virginia and has several advisors working between them.

Damron said, in addition to their paid advising, he is also offering free webinars on topics such as retirement income planning.

“We do them every Wednesday at 11 a.m. and they’re open to everybody,” Damron said.

He said those interesting in taking part can go to www.cfsplanning.com and click on the events tab to sign up for the Zoom video sessions.