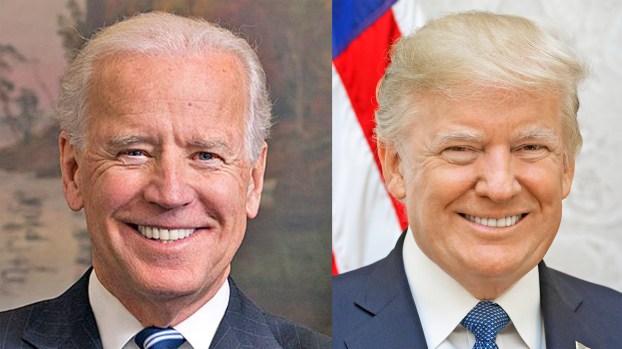 Biden holds slim lead in latest, but within margin of error

As has been the case the past few elections, it looks like the Buckeye State will be a battleground in the 2020 presidential race.

Biden’s slim lead, however, was within the poll’s margin of error of 3.5 percent.

Trump had a slight lead in a previous poll, which was taken May 8-10 by Emerson Polling.

In that survey, Trump led 46-43 percent, which was also in the poll’s margin of error of 3.5 percent. When undecided voters were asked to make a choice in the Emerson poll, Trump led slightly tighter over Biden, at 51-49 percent.

Emerson also polled Ohioans in their early May survey about Republican Gov., Mike DeWine and found he had wide approval during the COVID-19 pandemic.

Ohioans were also asked by Emerson about that their thoughts on voting by mail. The poll found 56 percent preferred that method over in-person voting.

The general election is set for Tuesday, Nov. 3.

Dumpster set up for collection SOUTH POINT — The village of South Point passed a resolution authorizing the application for... read more