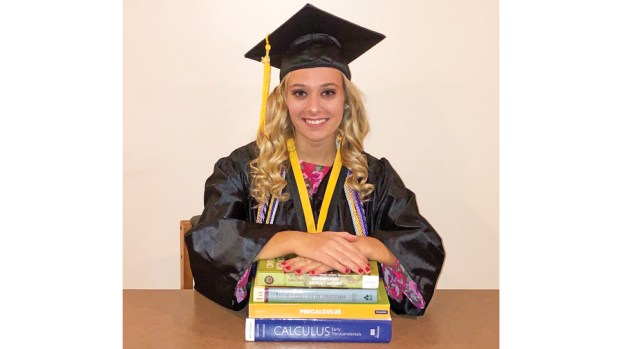 “Evening of Honors,” an annual event held at Shawnee State University recognizing outstanding students in all academic majors was presented virtually on SSU Student Life Facebook page due to the COVID-19 pandemic.

Dr. Phil Blau, Chair of the Mathematics Department, explained why Shelby received this award. He complemented her on her high GPA and on being actively involved in the Math Department’s activities. Dr. Blau said she was bright, hardworking and very organized. He mentioned she held offices in the Math Club – Vice President then President. He stated that she was one of the best tutors in the Math Lab, and that she was a charter member of Pi Mu Epsilon National Honorary Mathematics Society Ohio Chi Chapter. Dr. Blau remarked how she represented Shawnee State at the Ohio Mathematical Association of America (MAA) conference this past year where she presented her Senior research project titled “Some Evaluations of a FunctionWith Expected Value-Like Properties and Some Statistic Formulas.”