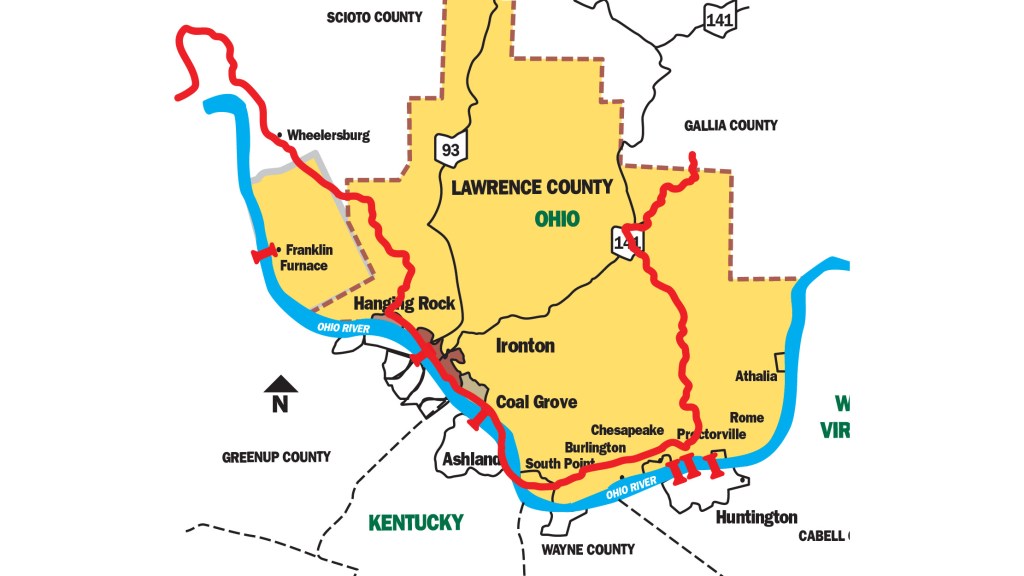 A number of roads in Lawrence County will be designated as part of a bike route and provided with signage by the State of Ohio.

Ohio Bike Route 65 will run down part of State Route 775 and then parallel, but not on, State Route 7. The route will then go up U.S. Route 52 and will go north toward Scioto County on State Route 650. The designation will be of no cost to the county and is part of the state’s bike route linkage.

“Long term, we are looking at improving signage because obviously you want the motoring public to be aware of bike traffic that they might encounter on these roadways,” Matt McGuire, Ohio Department of Transportation District 9 public information officer, said.

The Ohio Department of Transportation will install signage after designation in coordination with the local areas in which it is being installed.

“It is our intention to officially designate once all local resolutions are collected next year, and then develop signage plan sets for the routes and purchase and install signage,” Caitlin Harley, a manager at the Ohio Department of Transportation overseeing the statewide program, said.

McGuire said that by designating roadways as part of Ohio Bike Route 65, they will be more likely to receive bike path striping on the road. This is on a case-by-case basis and involves community support, he said, something of which he has seen interest from Ironton.

The addition of signage and designation will help Ohio expand transportation options in parts of the state that have previously been limited, McGuire said.

“As we move into the future of transportation, it’s an option that we want to explore and embrace to give the public all the options that we can give them as far as how they navigate our roadways and transportation system.” McGuire said.

Bill Dingus, executive director of the Lawrence Economic Development Corporation, said that he hopes to see a linkage to the Huntington bike route system.

“They’ve got a well-developed trails and bike path system there, and we believe with the 31st Street Bridge and the Sixth Street Bridge, that it would be a simple thing to link those in and just make a real asset for the whole region.” Dingus said.

Dingus said that, compared to other countries, the United States has been slower to develop bike trails, along with other leisure and transportation trails, and that he would like to see more of that in the area.