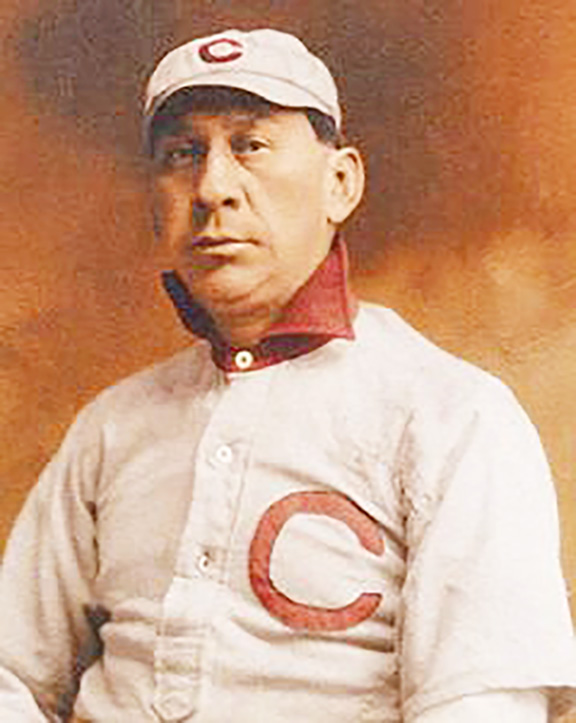 The man, the myth and the legend.
Oh yeah, and the nickname, too.
With the recent protests and call to dismantle American’s history much like happened when communists took over China, the Cleveland Indians nickname has come under scrutiny again.
There is a strong push to change the team’s nickname to some that’s not considered racist and offensive.
The story of Cleveland’s nickname revolves around Louis Sockalexis, a native American Indian who played his college baseball at Holy Cross and then signed with Cleveland. The legend insinuates that Sockalexis was the first Indian to play major league baseball and the team took its nickname in his honor.
That’s kind of true but not really. Or maybe mostly true. Or maybe mostly a myth but still partly true. Well, take your pick.
Sockalexis was a natural athlete. He had one of the strongest arms in baseball history. He once caught a fly ball slamming into the centerfield wall in a game between Holy Cross and Harvard.
In one motion, he threw an absolute bullet to home plate and got the runner out who was attempting to score. Holy Cross officials measured the distance the next day and said the throw traveled 414 feet.
Besides his arm, he had great speed and cat-quick reflexes that helped him make consistent contact with pitches, peppering pitchers with sizzling hits. His speed allowed him to turn singles into doubles.
There was a story that Sockalexis father did not want his son to play baseball and even made a trip by canoe to Washington, D.C., to ask government officials not to allow his son to play. At this time in history, chiefs were no longer in total control of the tribe so Sockalexis’ father could not order his son not to play.
Probably some truth in the story, but it sounds more like father just not wanting his son to play professional baseball and stay home and work the fields.
Cleveland was dismal during the 1897 seasons. At that time, the team was named the Spiders and for some reason the fans despised the nickname.
Franchise nicknames at that time were fluid. The team was called many different names, sometimes with names linked to the team’s manager like the Naps after Nap Lajoie. They were also called the Misfits, the Forest Citys, the Blues, the Bronchos and the Molly Maguires.
And then along came Louis Sockalexis.
Born Oct. 24, 1871 on the Penobscot reservation in Old Town, Maine, he was a college baseball, football and track star.
New York Yankees general manager at that time was Ed Barrow who recalled Sockalexis, both good and bad.
“Sockalexis was the greatest outfielder in history. The best hitter, the best thrower, the best fielder and also the best drinker,” said Barrow.
Drinking ruined Sockalexis career and there was a story that after a win the players took him out to celebrate and gave him some “firewater.” It was his first taste of alcohol and he was hooked.
Of course, many debunked the story and said he had been drinking long before he ever set foot on a Cleveland baseball diamond.
Sockalexis wowed manager Patsy Tebeau when he arrived on the scene March 19, 1897. The next day, the Cleveland Plain Dealer newspaper ran a story about Tebeau’s Indians.
One sportswriter jumped on the bandwagon quickly and pronounced Sockalexis faster than Ty Cobb, stronger than Babe Ruth and a better outfielder than Tris Speaker.
With an Apollo-like physique, Sockalexis batted .331 that season and in 1915 the team resurrected that time in franchise history and called the team “The Indians.”
With his fast start, fans filled the stadium eager to watch him play. Unfortunately, they expressed their happiness with Sockalexis with hooting, whooping and uttering war cries. The newspapers called him the “redskin,” the “Chief of Sockem,” and with his college background, a “noble savage” and an “educated Indian.”
After Sockalexis hit a game-winning home run, the newspaper headline read, “Indians hang one little scalp on their belts.”
By July 3, the “Deerfoot of the Diamond” as he was also called, was batting .328 with 40 runs scored, 39 runs batted in and 16 stolen bases.
But then came the night of July 3.
The papers reported that “The Red Romeo” jumped or fell out of a brothel’s second story window. He hurt his ankle and his increased drinking, Sockalexis never fully recovered.
By the end of the month, team owner Frank Robison suspended him, saying, “I have done everything I could for Sockalexis and he has repaid me and the Cleveland club by the basest ingratitude.”
By 1899, Sockalexis barely played even though the team was a mere 20-134, the worst record in pro baseball history.
He ended his career playing in only 94 games but with an impressive .313 batting average. In 1913, he suffered a heart attack working as a logger and was dead at the age of 42.
Two years after Sockalexis died, then Cleveland owner Charles Somers wanted to re-name the team. There was a legend about a contest among fans, a group of sports writers and some team officials trying to come up with a suitable nickname.
The name Indians was chosen but no one knows for sure if it was in honor of Sockalexis or just the favorite among those suggested or used in the past.
Legend? Myth? Fact? All three? It’s your choice.