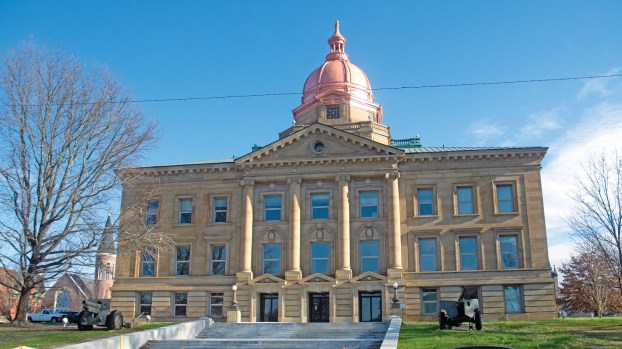 An Ironton man accused of raping foster children in his care in the 1990s has pleaded guilty to four counts on Tuesday.

Dale Kelley, 68, was indicted last fall on three charges of first-degree felony rape and one count of third-degree felony tampering with evidence. He pleaded guilty to all those charges in the Common Pleas Court of Judge Christine Finley.

He was sentenced to 20 years in prison on each rape count and three years on the tampering with evidence charge. The sentences will be served concurrently. When he is released from prison, he must register as a Tier 3 sex offender and as a lifetime sexual offender.

According to the indictment, two of the cases happened on or about January 1994 and continued through December 1994. The two victims were under the age of 16 and in foster care in Kelley’s residence.

The third case involved sexual conduct with a victim under the age of 13 in May 2018.

It is the policy of The Ironton Tribune not to identify minors or victims in sexual crimes.

Kelley has not been a foster parent after allegations of the abuse were made in the 1990s.

The case started in 2018 after a report was made to Children’s Services, which called Ironton Police Department Detective Joe Ross.

A Children’s’ Services worker recalled that there might have been allegations of sexual assault against Kelley in the mid-90s.

Ross said after he began investigation into the 2018 cases, he heard that there were similar allegations made against Kelley when he was a foster parent in the 1990s that were investigated, but did not proceed to the grand jury for lack of evidence. Ross contacted the now-adult victims and interviewed them, which led to Kelley being charged.

“So, a modern case led to a pair of cold cases being solved,” Ross said, adding he couldn’t have done it without the help of the now-adult victims.

He said after two years of investigations and what he uncovered, he “is very pleased to see Mr. Kelley put in prison so he will no longer have victims out there.”

Ross gave thanks to Hope’s Place in Ashland, Kentucky, which interviewed the child victims in cases like this.

“And they absolutely charge us nothing,” he said. “And if it wasn’t for Hope’s Place, not only in this case, but all of the cases I’ve had in the past, we would certainly not be able to get the prosecutions we’ve had.”

He suggested that anyone who would like to could donate to the non-profit organization at https://hopesplace.org/donate/.

COLUMBUS (AP) — Governors who ordered shutdowns as their states responded to the coronavirus pandemic were among millions of beneficiaries... read more