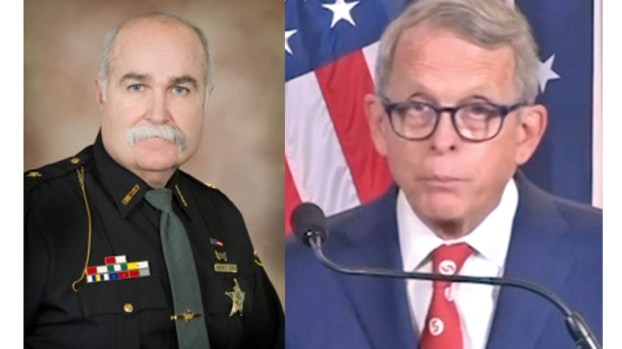 HAMILTON — A sheriff in one of Ohio’s seven Level Three Alert counties said he will not enforce Gov. Mike DeWine’s mandate for masks or face coverings in public due to the COVID-19 pandemic.

Jones said his department has been hit hard by layoffs and budget cuts from the pandemic. He advised residents to not call 911 for incidents of people in public without masks. Butler County is part of the Cincinnati metropolitan area.

Jones, a Republican, is known for his frequent appearances in the media as an outspoken conservative.

DeWine issued the mandate on Tuesday for seven counties — Butler, Cuyahoga, Franklin, Hamilton, Huron, Montgomery and Trumbull counties — in Ohio that were rated as Level Three in the state’s four-level alert system for the pandemic.

The governor said the directive would remain in place until the counties dropped to a Level Two designation, the level Lawrence County is currently listed at.

DeWine’s mandate came a day after West Virginia Gov. Jim Justice made face coverings mandatory statewide for those in public in his state.

Blankenship will take position of Walters The Lawrence County Educational Service Center has announced that they have hired a new... read more