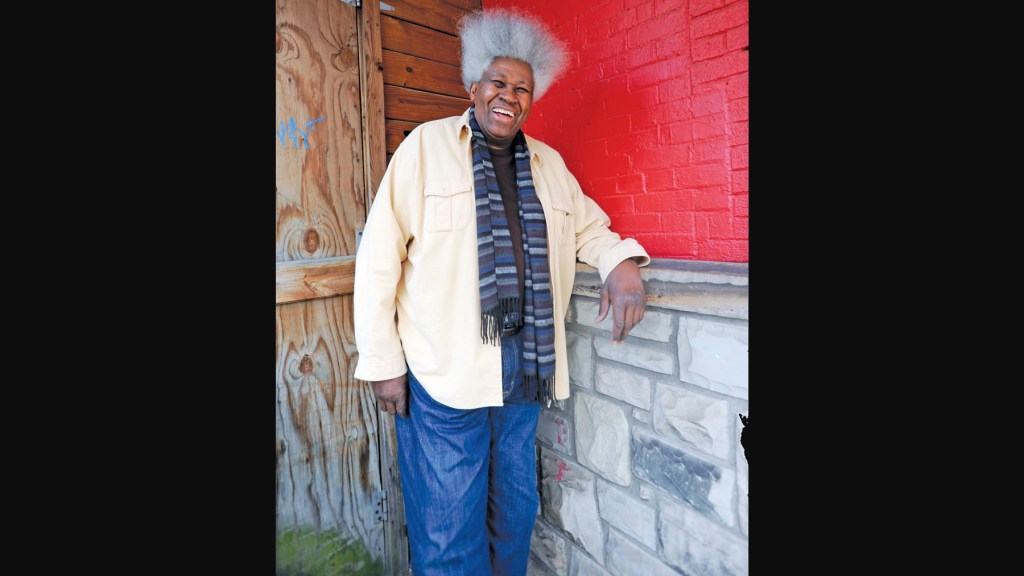 Phillip Carter, who came to Marshall University as a student from Clarksburg, West Virginia, has taught social work at the school for 40 years. He is the husband of Ironton native Beverly Thomas. (The Ironton Tribune | Jessica St. James)

Last week, Marshall University’s board of governors, in a special meeting, voted to strip the name “Jenkins Hall” from its education building.

It brought to an end a controversy that had been brewing for some time, as many questioned why the building was named in honor of Albert Gallatin Jenkins, a confederate general from Cabell County.

Not only was Jenkins a particularly cruel owner of a slave plantation, he was also known for conducting raids and kidnapping free black people and selling them into slavery. Jenkins was so infamous that he was viewed unfavorably even by leaders in the Confederate Army, including Robert E. Lee.

In the wake of the death of George Floyd, the last few months have brought about a conversation on race across the nation and the re-evaluation of racist imagery and iconography, from Civil War statues, to stereotypes in advertising and branding, to sports team names.

And it was in that atmosphere that Marshall finally did the right thing and removed Jenkins’ name from the building.

Referred to generically as “the education building” for the time being, the university says it will decide on a new name in the future.

While many suggestions will be tossed out, we think there is an obvious candidate, with a legacy spanning from the 1950s to his present day work at the school.

Professor Phillip Carter has been a towering figure at Marshall for decades, and not just because he is 6 feet 6 former basketball player for the school.

Since 1980, he has worked in the social work department of the university, serving a stint as its chair. And, in that time, he has taught generations of students the skills needed to better their communities.

Carter’s work for social justice begins during his time as a student, when black players were subjected to the segregationist policies in place throughout Huntington and West Virginia at the time. He said many, who came from the north, were shocked by the treatment they received in the city.

Carter was pivotal in the civil rights movement that took place in Huntington during that time, taking part in protests of segregated establishments like the Palace Theater, Bailey’s Cafeteria and the area’s pools.

As a spokesperson for Civic Interest Progressives, the group formed from the protests, Carter took on broader issues for the area. The group met with and got action from West Virginia’s governor at the time, Wally Barron, on many social issues.

From student government to local hiring practices to bringing more black athletes to Marshall, CIP’s sustained activism brought about social changes. It was as a member of CIP that Carter took a bus trip to Washington, D.C. in 1963, where he was on hand for the March on Washington and heard Dr. Martin Luther King’s “I Have a Dream” speech in person.

After graduation, Carter worked with the Job Corps at Lake Vesuvius, and later the Congress of Racial Equality and other organizations before returning to Huntington in 1980.

For the past 40 years, he has taught social work at the university. In addition to establishing the African social work minor at the school, he remained active in numerous community groups, such as the NAACP, Marshall Action for Peaceful Solutions, and was an early supporter of LGBT rights, supporting the formation of LAMBDA at the university.

With bravery in the face of adversity and dedication to social change reaching back more than 60 years, Carter has a legacy that deserves to be honored and it would be fitting to see his name honored at the school to inspire generations to come.

We can think of no better way for the university to build on the current wave of progress on these issues than to take the building once known for an oppressor and to rename it for one who has lived his life working to empower countless students to bring about social change.

Carter Hall has a nice ring to it and we strongly urge the Marshall community and the university’s board of governors to dedicate the building in his honor.