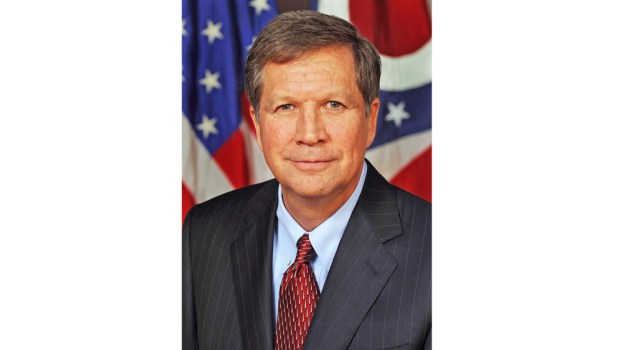 Former governor and Ohio Republican has been major Trump critic

In the four months since Joe Biden effectively won the Democratic presidential nomination, he has focused on consolidating the party’s divergent and often warring factions. As the closing stretch of the campaign nears, that effort will expand to include Republicans disaffected with President Donald Trump.

Former Ohio Gov. John Kasich, a Republican and frequent Trump critic, has been approached and is expected to speak at the Democratic National Convention on Biden’s behalf next month, according to a person with direct knowledge of the plans who insisted on anonymity to discuss strategy. Kasich is among a handful of high-profile Republicans likely to become more active in supporting Biden in the fall.

And in crucial battleground states such as Florida, some Democrats are concerned that Biden’s current standing could be a high-water mark. Some polls suggest Biden’s strength comes more from voters’ displeasure with Trump than excitement over Biden, whose regular gaffes, long Washington record and recent attempts to appease progressives leave him in a tougher spot than some Democrats would like to believe.

Florida Agriculture Commissioner Nikki Fried, the only Democrat elected to statewide office there, praised Biden’s message and said he could appeal to rural and middle-class voters. But she says “it’s way too early” to predict a victory.

“As we get closer, polls are going to get tighter,” Fried said.

That happened in 2016 when Trump narrowly won the election after trailing Hillary Clinton in the polls for months. The Democrats’ reluctance to enjoy the current moment reflects the sting of that loss, Biden’s nagging vulnerabilities and Trump’s mountain of campaign cash.

Trump’s campaign has reserved $146 million in television advertising this fall led by a $36.3 million investment in Florida alone, according to data compiled by Advertising Analytics. That’s more than double the next closest state, Ohio, where Trump has reserved $18.4 million. Biden, so far, hasn’t reserved any fall advertising, although he’s amassed a fortune in recent months that will allow him to compete, even if he can’t match Trump dollar for dollar.

By MacLean James For The Ironton Tribune Born into a family of doctors, Michael Basedow never really doubted that he... read more