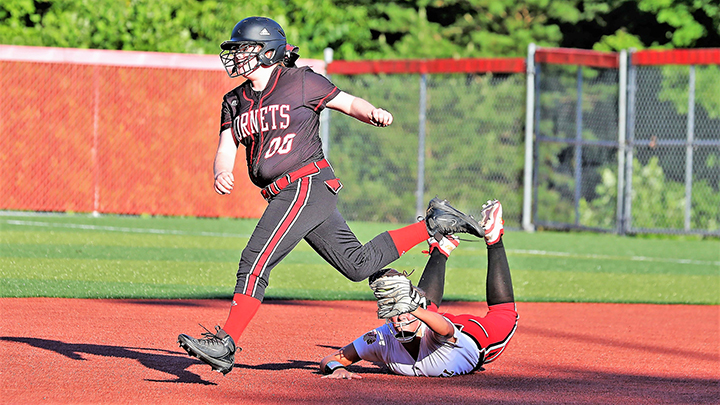 After dusting off the cobwebs, the West Virginia Dusters did a little dusting off of their opponents.
Due to the coronavirus, the Dusters got a late start on the summer travel softball season but still posted a 15-6-3 final record.
Four area players were part of the team including Addi Dillow who will be a senior at Coal Grove, Kylee Howard of Rock Hill, Madison Perry of Portsmouth and Hannah Wilson of Raceland-Worthington, Ky.
The team was coached by Steve Dillow, father of Addi.
“The team did a great job. They were praised along the way as a group of girls who had ‘down to earth’ demeanors,” said coach Dillow.
Other team members were Preslee Lutz of Portsmouth Clay, Leah Alford of Jackson, Kennedy Dean of Winfield, W.Va., Maleigh McDaniel of Elliott County, Ky., Madison Legg of Sissonville, WV, Emma Elkins of Logan, W.Va., Elisabeth Witzke of Cross Lanes, W.Va., and Brooklyn Ashbaugh of Heath, Ohio.
Despite the late start, the Dusters began the 16-and-up season with a 5-0 performance and finished as runners-up in the July 4 Firecracker Frenzy Tournament in Dunbar, W.Va. The Dusters finished the tournament 6-1 with the only loss coming in the finals to an 18u team.
The team played in a strong, competitive field in their final tournament during a two-day event in Dublin, Ohio. The Dusters were 2-1-2 playing against teams from Toledo, Indiana and Northern Kentucky.
With the season behind them, the Dusters will take a break before starting back up in September.
“We’re going to relax and detox,” said Dillow with a laugh.
(NOTE: Tim Gearhart contributed to this story.)

The Associated Press NFL training camps are set to open after the league and the players’ union reached agreement on... read more