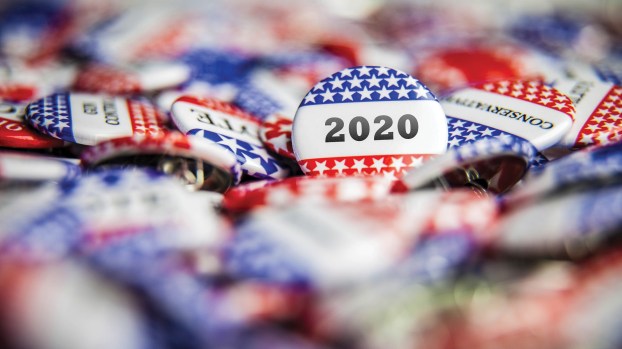 During their virtual meeting on Tuesday, the Lawrence County Commissioners heard from Lori Baldridge, Southern Regional Liaison with the Ohio Secretary of State’s Office, who talked with DeAnna Holliday, Freddie Hayes Jr. and Dr. Colton Copley about what the secretary of state’s office is doing about security for the upcoming general election in November.

She said that one of the things the Secretary of State’s Office has been doing for the past year is working on security for Ohio’s voting system.

“It is very important that we have that in place,” Baldridge said. “We did make our original deadline for the security directive.”

Baldridge said there are those trying to get into voting systems across the U.S.

She pointed out that Ohio’s voting machines and the ballot machines used to tally votes, per the Ohio Revised Code, not connected to the internet, which many people may not know.

The secretary of state’s office has a program called the Albert Sensor system that acts as a watchdog. It detects malicious or potentially harmful intrusions on the network and sends information to Center for Internet Security to be analyzed.

Last Nov. 27, the Secretary of State’s website was attacked and someone tried to install SQL code on it. The attack was unsuccessful and was traced to Panama, but was done by a Russian-owned company.

Baldridge said the hackers’ goal may not be to directly change voting numbers, but more to affect how people see things.

“The people that are trying to attack our elections, they are not necessarily trying to do a big bunch of damage with our actual voting, they want to get to the confidence of the voter,” Baldridge said.

She pointed out that if one of Ohio’s 88 boards of elections websites or email systems gets hacked, it isn’t reported as “a small county in Ohio. It’s just elections in Ohio were hacked. Then, all the sudden, you have all these people in the community that don’t have confidence in our systems.”

Baldridge said the Albert system was installed, “there are multiple attacks over the State of Ohio every day. It’s pretty amazing how often. You wouldn’t think we would and the small counties do get hit. But we have been able to protect ourselves from those attacks and we will continue to diligently monitor those systems and help support the counties on that.”

Baldridge said that CARES funds have been sent out to the county board of elections and will be used in getting ready for the November election. It will be used to pay for extra ballots or COVID-19-related expenses such as personal protective equipment.

HAVA funds will go toward security and Americans with Disabilities Act requirements for the election.

She said Secretary of State Frank LaRose has been good about getting those funds to the county boards of elections without a lot of “jumping through hoops.”

“He’s been pushing it out as fast as he can and then following up with guidelines,” Baldridge said.

LaRose has started a Ready for November Task Force to help the boards of elections prepare and to make sure the November election is secure and accessible. The task force meetings are available to watch on the Ohio Channel at ohiochannel.org/live/secretary-of-state-frank-larose.

“If you want to know what’s going on in Columbus, that is an excellent way to find out,” Baldridge said.

The Lawrence County Commissioners’ meetings are broadcast live on their Facebook page on Tuesdays at 10 a.m. and are available for later viewing.