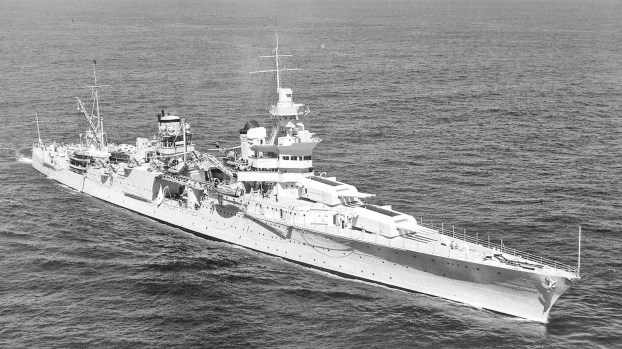 The USS Indianapolis, a Portland-class heavy cruiser of the United States Navy was torpedoed by the Imperial Japanese Navy on July 30, 1945. Of 1,195 crewmen aboard, approximately 300 went down with the ship. The remaining 890 faced exposure, dehydration, saltwater poisoning and shark attacks while stranded in the open ocean with few lifeboats and almost no food or water. Only 316 survived. (U.S. Navy photo) 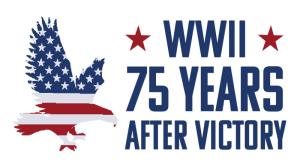 Just before midnight on Sunday, July 29, 1945, the United States cruiser USS Indianapolis was coming from a secret mission to Tinian. The cruiser had taken parts for the atomic bomb that would be dropped on Hiroshima.

The ship was headed toward Leyte in the Philippines. Suddenly, the Indianapolis was struck by torpedoes from a Japanese submarine. Within 15 minutes, this cruiser had vanished beneath the water.

There had been 1,199 crewmen aboard, but only around 850, including its captain, escaped the sinking. The attack was so sudden, and the confusion so great, that only 12 life rafts and six flotation nets were launched.

Capt. Charles McVay did not have time to send an SOS. The Indianapolis had sent an earlier message stating the ship’s arrival time, but it was so confusing and incomplete that it could not be decoded. No one at Leyte asked for a retransmission of the message.

It would take days for the United States Navy to find out that the Indianapolis was missing. The survivors of the torpedo attack were very alone – except for the sharks!

Morning came on Monday, July 30, 1945, and lethal results were readily apparent. Of those in the water, 88 soldiers were attacked and killed in the largest cluster of survivors, 25 died in a smaller cluster. The sailors saw one of their own who had lost both legs to the sharks. Being “top-heavy,” the sailor tipped upside down and drowned. The sharks stayed for days feeding upon the survivors.

Sunburn began to take its toll and some of the men went blind. Those who drank sea water got salt poisoning. Those who did not drink from the sea became dehydrated. After two days in the water, the men’s kapok life jackets became water logged and dragged the weak survivors beneath the water.

Sadly, planes flew above them without seeing them. All the men had left was hope.

Of course, the public and families of those who perished were outraged. Someone had to be placed at fault. Capt. McVay was court-martialed. He was the only U.S. Navy captain in World War II to face trial for losing a ship. Many of the 316 survivors believed McVay was made a scapegoat for higher ranking Navy brass.

McVay was found guilty, but within a year the Navy remitted his sentence. Between 1945 and the present time, many people have wished that a formal apology should have been issued to the captain and his men.

The issue arose again in later years, but many students and the general public do not know about the ordeal that the USS Indianapolis and its men suffered.

Editorial: A word of thanks to a contributor

We would like to take this time to thank Patti Howerton for her contributions to The Ironton Tribune. For the... read more