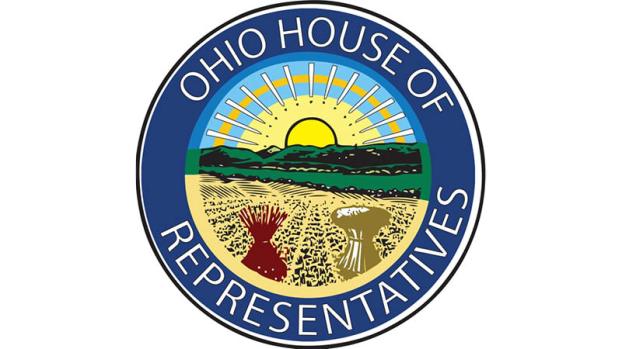 The names of potential candidates to take the reins of the House of Representatives are spilling out — two days after federal officials arrested Householder and four associates over alleged bribes to shepherd an energy bill into law.

One of the candidates for Ohio House speaker is GOP Rep. Bob Cupp. The former Ohio Supreme Court justice and four-term state senator has served in the House since 2015 and is being promoted as someone who could bring what Householder could not to the House floor: unity.

“I sat for three hours with a list of contenders and the name that kept coming up was Rep. Cupp,” Rep. Niraj Antani, a Republican from Miamsburg in southwestern Ohio, told The Associated Press on Friday. “We think that he can unify our caucus, unify the House and unify Ohio.”

Antani said he has a “decent size” of support from House members to elect Cupp if a vote is taken.

Antani released a statement calling for Householder’s removal Friday. He also urged the House to elect Cupp in his place.

Antani is not alone in his endorsement of Cupp, a soft-spoken farmer from Lima whose wife said he was feeding his brother’s cattle when the AP attempted to reach him by telephone Friday. Cupp did tell The Columbus Dispatch he’s heard from several House members who believe he’s right for the job.

Reps. Gary Scherer, of Pickaway County and Phil Plummer, of Montgomery County, also have expressed their support for the lawmaker, Cleveland.com reported Thursday.

Rep. Rick Carfagna, a central Ohio Republican, is pushing his own candidacy, touting that he voted against the energy bill, didn’t receive any money tied to the scandal, and didn’t vote for Householder for speaker.

“It’s important that we really just hit the reset button, and bring in a fresh slate of leaders who are removed from this scandal, and can begin to craft a pathway forward to restore credibility to the institution,” Carfagna said Friday.

How to remove and replace a House speaker remained unclear Friday. Householder has thus far ignored calls to resign from colleagues in both parties.

According to House rules, lawmakers would need to hold a session in order to hold a vote. Currently, it is up to the speaker to call or schedule a session. In the event he or she is absent, Speaker Pro Tempore Rep. Jim Butler can call the House in for a session.

A message seeking comment was left with Butler, who plans to hold a meeting of House Republicans Tuesday to discuss next steps.

The third and most powerful person who can call a session is Republican Gov. Mike DeWine, who said Wednesday that if it came down to it, he “would not hesitate to do that at all.”

Lastly, if at least 50 members of the House show up for a non-voting session that would create a quorum and force a session, Antani said.

To remove someone from a leadership job in the House, a simple majority of at least 50 votes is needed.

“In order to restore the public’s trust, we must elect a new Speaker who will stabilize the House with integrity. I believe that Representative Bob Cupp is that man for the moment,” Antani said.

FirstEnergy Corp., whose former subsidiary owned the two Ohio nuclear plants that stand to receive roughly $1 billion through the law Householder championed, has not been accused of wrongdoing, but did receive subpoenas in connection with the investigation. CEO Chuck Jones said Friday he believes the company acted ethically.

“Let me be clear, at no time did our support for Ohio’s nuclear plants interfere with or supersede our ethical obligations to conduct our business properly,” Jones told investors Friday during a call to discuss its quarterly earnings. “The facts will become clear as the investigation progresses.”