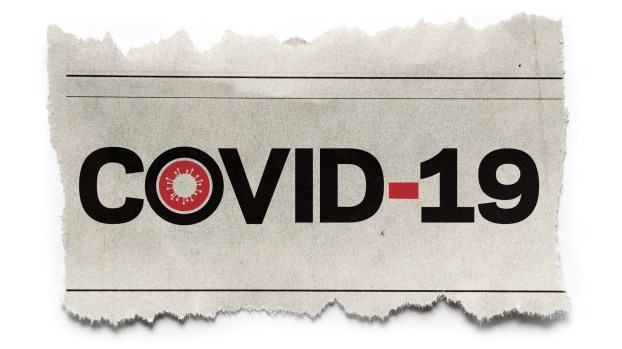 Ohio pharmacy board backs down on banning drug for COVID-19

COLUMBUS (AP) — The Ohio pharmacy board reversed course Thursday and tossed a rule that would have prohibited use of a malaria drug for patients with COVID-19. The decision followed public feedback and a request by Gov. Mike DeWine to ditch the rule.

At issue was the prescribing of the drug hydroxychloroquine, whose effectiveness for the coronavirus has been widely questioned. On Wednesday, the pharmacy board banned its use as a coronavirus treatment, noting that the Food and Drug Administration previously revoked the emergency use  of the drug.

The FDA “made this determination based on recent results from a large, randomized clinical trial in hospitalized patients that found these medicines showed no benefit for decreasing the likelihood of death or speeding recovery,” the state pharmacy board said.

But on Thursday, FDA Commissioner Dr. Steven Hahn said on NBC’s “Today” show that the drug’s use should be between doctor and patient. DeWine said he agreed with that assessment.

The board of pharmacy’s process in issuing the rule “fundamentally flawed” because a full hearing that sought out additional medical advice should have been held, the governor said at his Thursday afternoon briefing.

DeWine said he should not be taking a medical position as governor on using the drug to treat patients. He said there’s a distinction between that issue and his decision to order mask-wearing statewide.

While there’s “no credible minority view on masks,” there’s some information suggesting hydroxychlorine possibly has value when used with other drugs, DeWine said.

“There’s a fundamental difference between when it’s overwhelming evidence in regard to the mask, and in a case where it’s question of what a doctor should prescribe to an individual patient,” the governor said.

The pharmacy board said it decided to roll back the rule as “a result of the feedback received by the medical and patient community and at the request of Governor DeWine.” It plans to reexamine the issue along with the state medical board.

On Tuesday, President Donald Trump once again promoted the use of the drug when he retweeted a viral video of a group of doctors promoting the use of the drug. Both Twitter and Facebook have removed the content in efforts to keep the sites free of harmful misinformation about the virus.

Also this week, the Health Department said an all-time high of 1,122 COVID-19 patients were being treated in Ohio’s hospitals on Tuesday, including 348 in intensive care and 174 on a ventilator.

The number of patients on a ventilator was up to 179 on Thursday, according to the COVID Tracking Project.

CHESAPEAKE — The Chesapeake Board of Education will meet at 6 p.m. on Friday. The meeting will take place via... read more