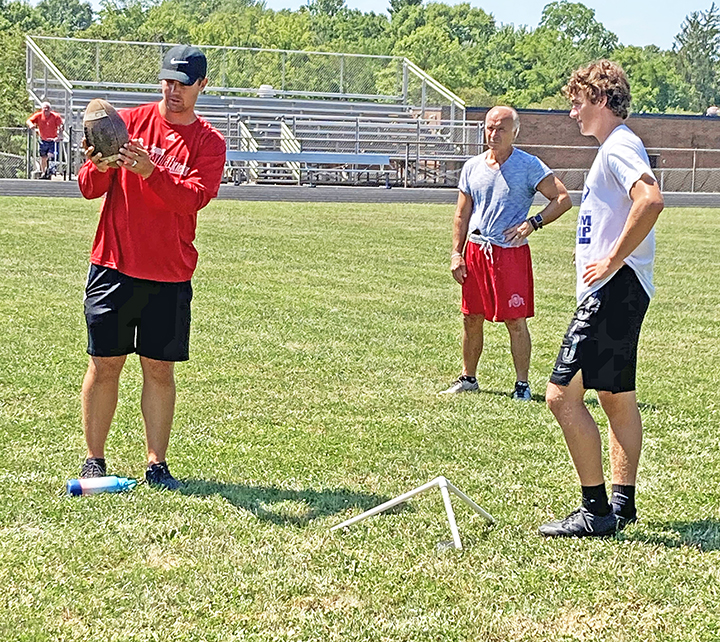 Vlade Janakievski was born in Yugoslavia and moved to the United States with his parents in 1967 at the age of 10. He played at Whitehall-Yearling High School in Columbus and then was a walk-on at Ohio State.
Standing 5-foot-8 and weighing 166 pounds, Janakievski won the Buckeyes’ placekicking job from 1977-80. His teammate was Ken Fritz who played and Ironton and it was Fritz who got Mahlmeister hooked up with Janakievski.
Janakievski finished with 179 points that currently ranks fifth on the Ohio State all-time scoring list. He was named to the Ohio State All-Century Team in 2000 and was inducted into the OSU Varsity O Hall of Fame in 2004.
He was the first Ohio State kicker to be chosen All-Big Ten twice.
Janakievski, now 63, currently lives in Gahanna and owns his own delicatessen named “Easy Living Deli” at 1355 West Lane Avenue which is only minutes for the Ohio State campus.
His deli provides meals for the players after home games.
Basil played soccer and kicked for the football team at Chillicothe High School. He played for Ohio State from 2010-13 and ranks eighth all-time in field goals made with 33 and had a field goal percentage of 78.6.
Basil, 28, signed a free agent contract with the Atlanta Falcons in 2014 and then kicked for the Montreal Alouettes in 2015 and the indoor Arena Football League Cleveland Gladiators in 2017.