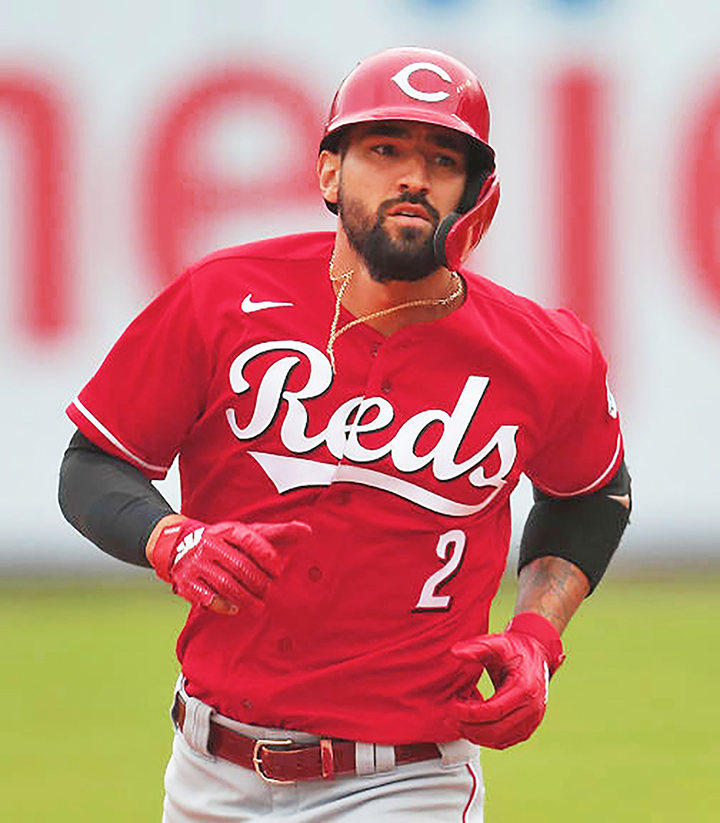 NEW YORK — Cincinnati Reds’ outfielder Nick Castellanos was named National League Player of the Week for the period of July 27-August 2, as announced Monday on MLB Network.
In six games against his two former teams (Cubs and Tigers) this past week, Castellanos powered the Reds’ offense by going 9-for-21 (.429) with four home runs, 10 RBIs and seven runs scored.
The right fielder has hit safely in each of his first nine games as a Red this season and currently leads all NL hitters with a .871 slugging percentage and 1.343 OPS.
Castellanos previously won the American League Player of the Week Award for August 13-19, 2018, with Detroit.
New York Yankees outfielder Aaron Judge homered in all five games last week to earn American League honors, crushing six homers in all.
On Sunday night against the rival Red Sox, he hit two big blasts — including a tiebreaking two-run shot in the bottom of the eighth, which propelled New York to a three-game sweep.
Overall, Judge hit .368 with a 1.794 OPS and 13 RBIs last week, helping the Yankees go 5-0.
Judge is now a three-time AL Player of the Week Award recipient, as he won twice during his rookie season in 2017.