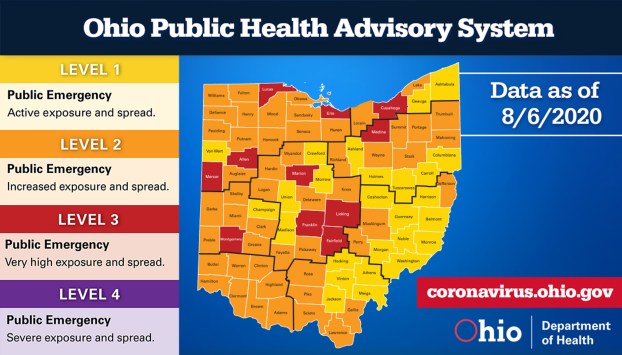 Lawrence County down to Level Two on alert system

COLUMBUS — Lawrence County has been downgraded to Orange Level Two on the state’s COVID-19 alert system.

The Ohio Department of Health announced the change on Thursday in its updated map. Lawrence County had been at the higher Red Level Three designation for the past two weeks.

Neighboring Scioto County had also reached Red Level Three earlier this month, but was downgraded back to orange last week.

Gov. Mike DeWine issued a mask mandate for the entire state on July 22 after many counties’ numbers had worsened.

By The Center Square COLUMBUS– The Ohio Education Association (OEA) wants schools in counties with higher cases of COVID-19 to... read more