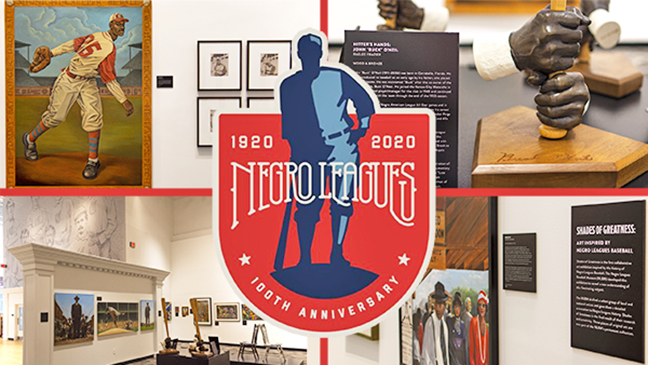 CINCINNATI — The Cincinnati Reds and Major League Baseball are celebrating the 100th anniversary of the founding of the Negro Leagues this season, with a series of special activities planned this Sunday, August 16.
All players and coaches will wear a commemorative patch on their uniforms and the commemorative logo will also appear on base jewels and lineup cards.
Fans join in the celebration by sharing photos, videos and their thoughts on social media tagged with #NegroLeagues100.
Fans can learn more about the Negro Leagues by visiting the Reds Hall of Fame and Museum for the final weekend the special “Shades of Greatness” exhibit presented by Dinsmore is on display.
This critically acclaimed exhibition features 35 original works of art produced by 28 diverse professional artists from across the country that interpret the Negro Leagues experience on-and-off the playing field.
Also, be sure to see “Pursuit of a Dream” presented by African American Capital Enterprises LLC, a standing exhibit at the museum that celebrates great African American players in Reds history, replica jerseys from legendary Negro League teams and more.
The Reds Hall of Fame is open daily from 10 a.m. to 5 p.m., with free admission for kids thanks to the H.C.S. Foundation and for active military and veterans courtesy of the Sargent Family Foundation.