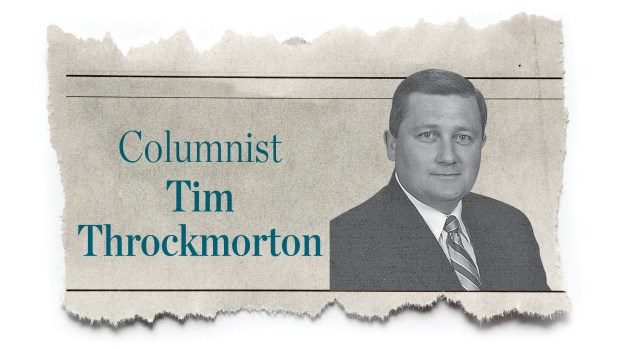 It was Sir Winston Churchill who said, “We sleep safely at night because rough men stand ready to visit violence on those who would harm us.”
We strive to honor the lives and the memories of those who personally have embodied those words by their courageous actions!
We find ourselves moved with emotion when we see the brave men and women of the United States military in full dress uniform on parade or taking part in a special service. I have had the honor of witnessing this firsthand in Washington DC as soldiers of the highest rank have displayed their greatest respect for the United States, its leaders and their fallen comrades.
This came to my mind as my then four-year old grandson Spencer was leaving his class party at pre-school a few years ago.
His grandmother was picking him up and as they headed for the door there were two soldiers in fatigues standing at the back of the class, presumably to pick up on of my little buddy’s classmates.
As grandma and Spencer neared the back door and began to approach the soldiers, Spencer looked up at Terri and said pointing to them, “Grandma, these are the good guys!”
They heard his comment and both smiled, and at the prompting of grandma he thanked them for their service and exchanged high fives before leaving for home.
Now, he didn’t know them personally, and I’m confident he didn’t know which branch of the military they were a part of.
However, in his four-year old mind he just knew… they were the good guys!
Interesting, isn’t it? He confidently looked their way and just seemed to know.
In his mind if something goes wrong, they will do the right thing. If someone needs help, they will take care of the problem. If there is a problem that arises with some bad guys, well, these good guys will handle it! He just seemed to know.
That episode really touched my heart because it occurred to me that every little boy and girl in America, and around the world for that matter needs the good guys. In fact, they and their future are counting on it.
Bill and Gloria Gaither captured that need in a great song from a few years back, “What this dying world could use is a willing Man of God, who dares to go against the grain and works without applause; A man who’ll raise the shield of Faith, protecting what is pure; Whose love is tough and gentle; a man whose word is sure. God doesn’t need an Orator who knows what just to say; He doesn’t need authorities to reason Him away; He doesn’t need an army to guarantee a win; He just needs a Few Good Men. Men full of Compassion, who Laugh and Love and Cry- Men who’ll face Eternity and aren’t afraid to die- Men who’ll fight for Freedom and Honor once again- He just needs a Few Good Men.” Men who will live, model and teach what it is to be good… the good guys.
Alexis de Tocqueville’s “Democracy in America,” reflects a part of America that captured the heart of this French nobleman, and still, I believe, brings good to America yet today. “I do not know whether all Americans have a sincere faith in their religion — for who can search the human heart? But I am certain that they hold it to be indispensable to the maintenance of republican institutions. This opinion is not peculiar to a class of citizens or a party, but it belongs to the whole nation and to every rank of society… I sought for the key to the greatness and genius of America in her harbors…; in her fertile fields and boundless forests; in her rich mines and vast world commerce; in her public-school system and institutions of learning. I sought for it in her democratic Congress and in her matchless Constitution. Not until I went into the churches of America and heard her pulpits flame with righteousness did I understand the secret of her genius and power. America is great because America is good, and if America ever ceases to be good, America will cease to be great.”
As I reflect on this, I am reminded that it has been here in America where good guys have always made such an incredible difference. We can never forget that nowhere else on the planet does this cultural dynamic exist. As my good friend Chad Connelly says, “we don’t see anyone from America taking wood from their homes and strapping it together to build a boat to leave this country for another!” Amazing, isn’t it?
That this four percent of the world’s population is blessed with the incredible privilege to form and run their own government.
But it only happens when good guys, Americans who love God and love their country make the difference! Spencer’s generation and every child in America is counting on us to be the good guys!

Tim Throckmorton is the Midwest Director of Ministry for Family Research Council.

GETAWAY — A teacher at Collins Career Technical Center is one of only 98 teachers selected for a National History... read more