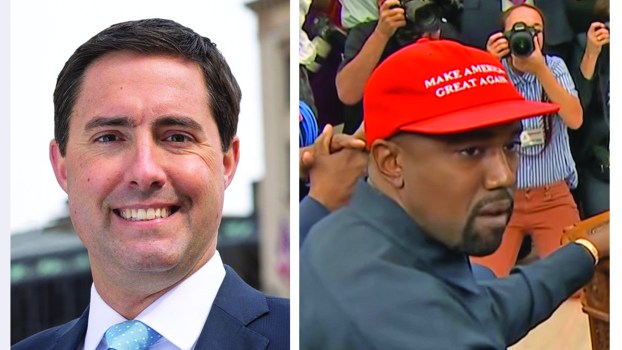 Republican Secretary of State Frank LaRose rejected the nearly 15,000 signatures and other paperwork West submitted earlier this month in an attempt to run for president, an effort apparently supported by Republicans to draw votes from Democratic nominee Joe Biden.

LaRose’s announcement was the second setback for West in two days. On Thursday, Wisconsin election officials decided to keep West off the battleground state’s presidential ballot because his campaign turned his nomination papers moments after the deadline.

West publicly supported Republican President Donald Trump before announcing his own presidential bid on July 4. On July 25, West tweeted, “I CAN BEAT BIDEN OFF IN WRITE INS #2020VISION.”

The Ohio decision pulled the rapper and business mogul farther from his goal of taking away votes from Biden. A message was left with a West representative Friday seeking comment.

Trump’s reelection campaign has denied involvement, but GOP lawyers and activists have helped him qualify for presidential ballots in several key states, including Utah, Wisconsin and Colorado, adding to the suspicions that he’s trying to siphon support away from Biden.

Democrats, braced for a close race, are anxious about any third-party candidate drawing voters.

But the status of West’s presidential campaign and whether he is truly seeking the White House still remains unclear less than three months from election day.

Earlier this month, West without explanation withdrew his petition to appear as a presidential candidate on New Jersey’s ballot.

Kim Kardashian West asked for empathy for her husband and said he is bipolar after West delivered an unconventional campaign introduction speech in South Carolina, proposing a $1 million payout to mothers and decrying Harriet Tubman for her work on the Underground Railroad.