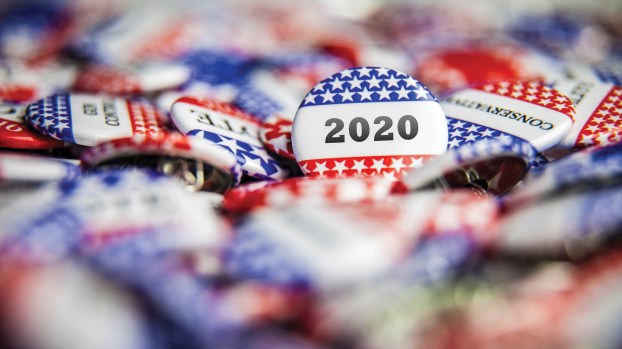 The complaint filed against Republican Secretary of State Frank LaRose outlines what Democrats see as an urgent need to expand the number of secure voter drop boxes in Ohio’s 88 counties. County election boards maintain single drop boxes at each board location as an alternative to mailing in an absentee ballot.

The lawsuit comes two weeks after LaRose issued a directive that prohibited election boards from installing drop boxes anywhere but the board location, effectively limiting the number of bosses to one per county. Voting advocates have promoted the use of drop boxes as a key tool to delivering absentee ballots to election boards during the coronavirus pandemic.

“The complaint we filed today makes clear that nothing in Ohio law prevents counties and the Secretary of State from expanding drop boxes within their respective counties,” Ohio Democratic Party Chairman David Pepper said in a statement Tuesday.

Pepper accused LaRose’s directive of hindering voters in a way that “is not consistent with Ohio statue,” using the example that Cuyahoga County, with more than 860,000 registered voters, only has one dropbox.

“Secretary LaRose has been and continues to be supportive of legislation that permits additional options for voters to return their absentee ballots,” LaRose’s spokesperson Maggie Sheehan said in a response to the lawsuit Tuesday. “As an executive office holder, he must follow the law as the legislature writes it.”

The state party leader also made note that many Republican-led states, like Georgia and Utah, as well as Democratic-run states, depend on drop boxes during a normal election year.

In a letter to LaRose last week, legislative Democrats contended that the election chief already has both the power and the authorization he needs to add drop boxes and to pay ballot postage.

The legislators noted that the Controlling Board already approved LaRose covering eligible election expenses from CARES Act money back in June. They noted that the U.S. Election Assistance Commission has issued guidance listing postage among eligible uses of that federal COVID-19 relief money.

LaRose responded to criticism from Democrats last Tuesday by saying his “innovative solution” for paying postage would help make “every mailbox a dropbox for millions of Ohioans, making it easier than ever to cast a ballot in a general election.”

He plans to ask the Controlling Board to approve $3 million in funds from his offices Business Services Division for the postage. His office doesn’t expect the costs of postage to exceed $2 million.

Ohio University students returning to the Athens or regional campus can pick up a bag that includes personal protective equipment... read more