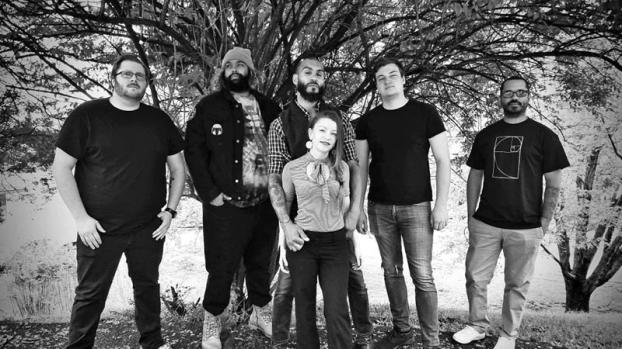 A black man raised in predominantly white rural Appalachia, Walter DeBarr is not a man who has ever played by the rules. But when he plays, everyone listening wants to join him. His music, colored by early punk influences and his grandmother’s gospel music, and washed in years of whiskey, cigarettes and rough living, carries listeners along on his journey to redemption and love.

Rough, raw vocals backed by old time fingerpicking make up the heart of Walter’s music. Now joined by a full backing band with whom he recently recorded a new single, he is keeping his eyes to the sky and won’t stop for anything.

How did the project start?

My grandmother playing hymns on an old Yamaha guitar first planted the seed of music. It took me years to really find my own voice, but the encouragement of a friend in recovery after my last stint in prison finally made it click, and I began to develop this sound that calls to mind elements of Tom Waits, Glen Hansard and Eric Bachmann of Crooked Fingers. I hit the music scene in late 2018, and recorded and released my first album in Charleston, West Virginia in 2019. After that I went through a rotation of band members until finally settling down earlier this year with the group we have today.

What are three adjectives to describe your style?

Walk us through your creative process. Does it vary, if so, how?

I generally just sit down with my guitar and start picking until a tune comes together, and as I’m playing, the lyrics start coming, too. Then, when I’m feeling pretty good about a song, either Pamela and I sit down and work out the rest, or I take it to the band and start playing, and they take off with it and really make it something special.

How has your art evolved since you started?

My first album leaned toward an indie-folk/country sound, but the new stuff I’ve been writing has been a lot more rough and bluesy with an indie-rock inclination. We’re getting harder, louder and more spacey, and I’m loving it.

What is your favorite creative tool? Why?

My guitar, Pearl. She’s a matte -black 000-17 Martin acoustic-electric. I’m in love with this guitar. We’ve been together for about a year now.

What about being an artist fills your cup? Why should others take interest in the arts?

For me, it’s the easiest way to express myself, knowing that I’m creating something that will be here forever after I’m gone. It also means a lot to me when people tell me that my music helped them get through something or helped them remember something from a long time ago. I like to think that my grandparents and my mom can hear me from the stars when I play music.

Any advice for new and struggling artists?

Never give up. Don’t be afraid to put your whole heart into anything you create. Never let anyone tell you that you can’t do something.

What upcoming protects should we look for? Where can we find it?

On July 3, we released our latest single, “Eyes to the Sky.”  You can find it on most streaming platforms like Spotify and Youtube, or you can purchase it from our website at www.walterdebarrmusic.com. We hope to release more new music sometime early next year.

What question do you wish someone would ask? What is your answer?

Question: Hey, do you want to play the Ryman Auditorium in Nashville?

Answer: Does a one-legged duck swim in circles?

It is appropriate that I would write about 9/11 after the fact. There are many things that we think about... read more