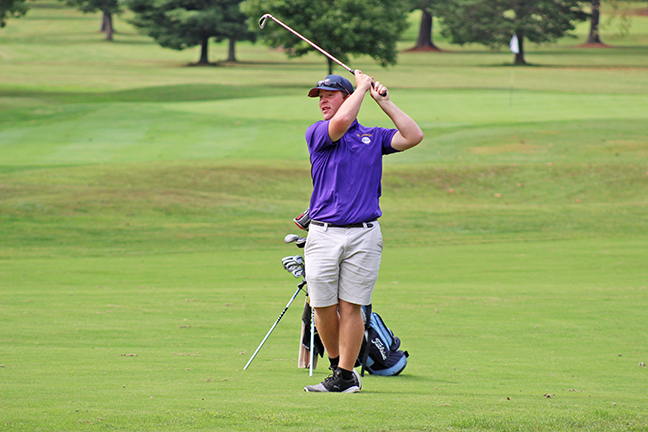 McDERMOTT — So what do you do on your day off?
If you are a soccer player for the St. Joseph Flyers, you play in the Southern Ohio Conference golf tournament.
The Flyers quintet took a day off from soccer and headed to the Portsmouth Elks Country Club course to play in the league tournament on Thursday.
The Minford Falcons won the Division II team title and Wheelersburg the Div. crown at the Portsmouth Elks Country Club.
The Flyers were third in the team standings with a 426. Wheelersburg won the Div. I tournament with a 362 followed by South Webster with a 276. Beaver Eastern shot a 437.
Minford had a 344 in the D2 match followed by Portsmouth West with a 390, Waverly 460 and Northwest 484.
Jimmy Mahlmeister — who also spends his Friday nights as the Ironton Fighting Tigers’ placekicker — led the Flyers with a 98.
J.C. Damron shot a 107 with Michael Mahlmeister carding a 110, Jacob Salisbury a 111 and Matt Sheridan had a 120.
Minford’s Dylan Osbourne was the Div. II and overall medalist with a 73 as he earned player of the year honors. Wheelersburg’s Trevin Mault was the Div. I player of the year.