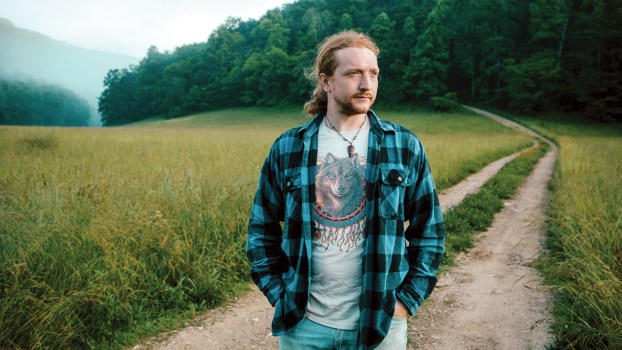 Tyler Childers made a surprise drop of his new album, “Long Violent History,” on Sept. 18.

His album is a serious departure of Childers, known for such recent quirky songs and videos “All Your’n” and “Country Squire.”

He also has a serious side, but nothing quite like his new album and its accompanying video message.

First off, there is only one song where Childers sings, the final song, “Long Violent History.” The other eight tracks are fiddle and banjo driven instrumentals.

In “Long Violent History,” Childers contemplates the news of black men being killed and wondered how people on his mountain would react if they same thing happened to them.

The lyrics suggest that it wouldn’t be a passive reaction.

“How many boys could they haul off this mountain
Shoot full of holes, cuffed and layin’ in the streets
‘Til we come into town in a stark ravin’ anger
Looking for answers and armed to the teeth?
Thirty-ought-sixes, Papaw’s old pistol
How many, you reckon, would it be, four or five?
Or would that be the start of a long, violent history
Of tucking our tails as we try to abide?”
— “Long Violent History.”

And the album comes in a variety of bundles, with extras like a book, T-shirt and vinyl or CD. He even has the title song available on the long, near extinct format of a 78 rpm record.

And all the net proceeds from “Long Violent History” go to the Hickman Holler Appalachian Relief Fund that he and his wife and fellow musician Senora May set up this year to help “bring awareness and financial support for philanthropic efforts in the Appalachian Region.”

But the most surprising thing of all is a six-minute video Childers released explaining “Long Violent History.” It touches on the fact that he has been sober for six months and goes into wondering how people would react if a white fisherman were shot by a forest ranger who thought he was reaching for a knife in his tackle box or if, instead of a black EMT in Louisville being shot, it was a “headline like “‘Ashland Community and Technical College Nursing Student Shot in Her Sleep.’”

“How would we react to that? What form of upheaval would that create? I’d venture to say if we were met with this type of daily attack on our own people, we would take action in a way that hasn’t been seen since the Battle of Blair Mountain in West Virginia.”

I’ve heard people from my Appalachian region say that we wouldn’t act the way we’ve seen depicted on various media outlets. But I’ve also seen grown folks beat each other up the day after Thanksgiving for TVs and teddy bears. And these aren’t things these communities have lost. These are sons and daughters, brothers and sisters, and cousins, mothers and fathers.

Irreplaceable threads within their family fiber torn from their loved ones too soon with no justice, and they are demanding change. Same as I expect we would find. Life is hard enough without being worried about the smallest interaction with a public servant.”

Childers ends his video message with a call for less arguing, more love and getting back to things that Appalachians are known for, “Things like hewing a log, carving a bowl, learning a fiddle tune, growing a garden, raising some animals, canning our own food, hunting and processing the animal, fishing, blacksmithing, trapping and tanning the hide, sewing a quilt. And if we did things like that, we’d have a lot less time to argue back and forth over things we don’t fully know, backed by news we can’t fully trust. Love each other. No exceptions. And remember, united we stand, divided we fall.”

Bankruptcy may be only way out of debt

Dear Lawyer Mark: Me and my girlfriend live together with our daughter, and are worried about the bills we’ve been... read more