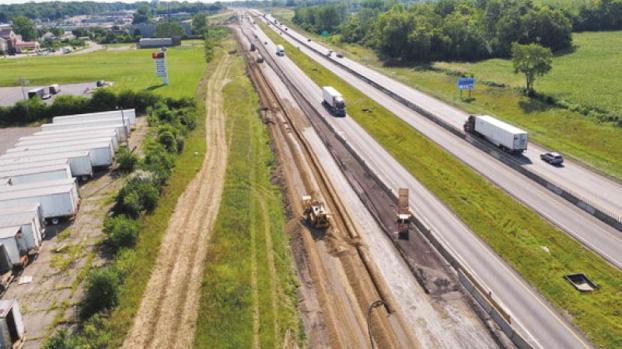 Eye in the sky, state troopers to monitor work zones from the air

COLUMBUS — Thinking about driving fast to get out of a work zone since you don’t see any law enforcement officers on the road? You may want to reconsider that idea.

Because of the thousands of crashes in highway work zones, the Ohio Department of Transportation will work with the Ohio State Highway Patrol to put helicopters over those zones to watch for careless drivers.

Last year, there were more than 6,500 work zone crashes in Ohio last year and increasing numbers this year, so ODOT and OSHP Aviation Section have identified nearly a dozen work zones that troopers will target crash-causing violations like speed, following too close, and failure to move over. These locations were selected due to a history of crashes, higher speeds and the type of barrier used to separate traffic from workers.

“This year, we have seen an alarming spike in crashes on our roadways and construction zones,” said Gov. Mike DeWine. “It’s important that we implement partnerships and technology like this to decrease roadway crashes, ensuring both motorists and construction employees make it home safely.”

“Driving requires your full attention, especially in work zones. All the safety measures we put into place don’t matter if drivers never see them because their attention is elsewhere,” said ODOT director Jack Marchbanks.

OSHP routinely enforces speed violations from the air across the state. Speed is measured by a pilot who times how long it takes a vehicle to pass between a series of lines painted on the roadway. The violation time and speed information is then relayed to a trooper on the ground who makes the traffic stop.

“Work zone crashes are preventable if drivers slow down, increase following distance, and most importantly pay attention,” said Colonel Richard Fambro, superintendent of the Ohio State Highway Patrol. “We continue to support work zone safety and make our presence known in an effort to provide a safe environment for our roadway workers.”

Signs posted along the highway will alert drivers about the increased enforcement efforts.

The pilot project will be evaluated and based on results could be expanded next year.

For the next month, the people of Lawrence County will be able to take advantage of drive-up COVID-19 testing.  ... read more