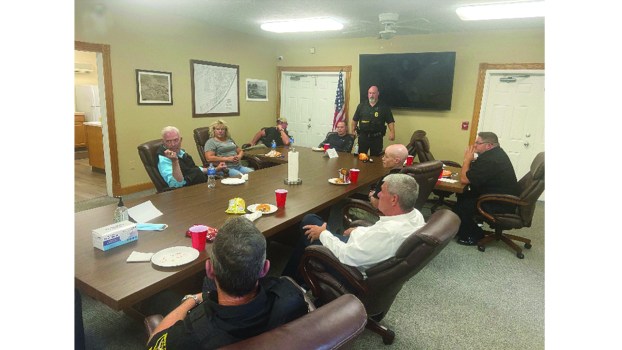 Johnson chose one sheriff’s office and one police department, in the five southern counties of his district, to visit.

He began the day with breakfast with the Jackson County Sheriff’s Office before coming to South Point, where he had lunch with the village’s officers, as well as the council members and Mayor Jeff Gaskin.

“He wanted to show his appreciation for the work that police officers do, and the things they may have to go through,” Gaskin said. “Bill spent an hour telling stories and interacting with our police department.”

Gaskin said the village was honored to have been chosen as the police department for Monday’s visit.

The visit was originally planned for August, but was rescheduled after Johnson was invited to the White House to be a guest for President Donald Trump’s acceptance speech during the Republican National Convention, which took place remotely.

If found guilty on all counts, could spend rest of life in prison A Pedro man is facing 100 charges... read more