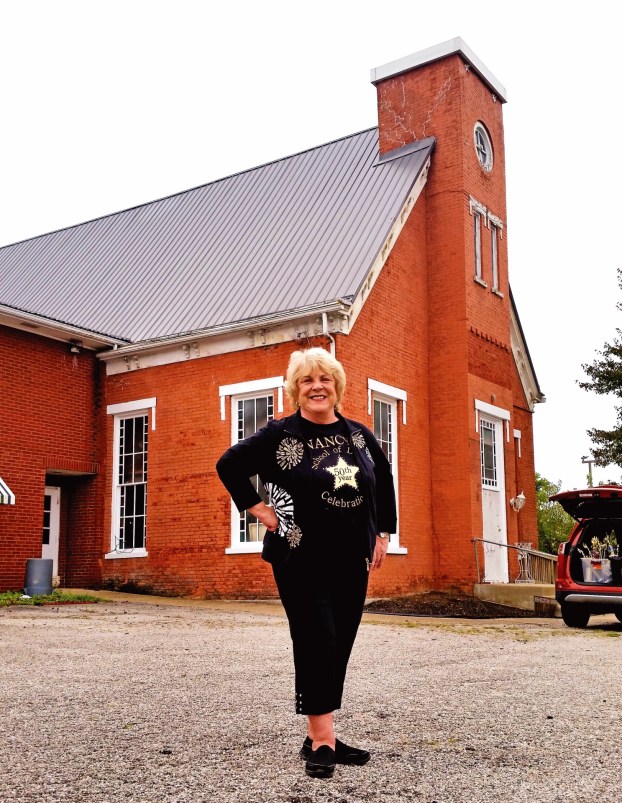 GENERATIONS: A life in dance – Carter has had a dance studio for more than five decades

For Nancy Carter, dance has been her life.

She began dancing when she was just four years old as part of a touring vaudeville act. She was just a teen when she started Nancy’s School of Dance in 1964 in the same Proctorville school building where she went fourth grade.

After her high school classes were over, she would ride the bus to the old elementary school building and teach others dance.

“All the bus drivers knew me. I had a little cardboard record player and a little mat and I would just stand out there, waiting for them to take me home,” Nancy said.

“Then I thought I had to get it all in one spot because I was traveling so much,” Nancy said.

And 57 years after she started, she decided to return to Proctorville, into a church building that is just a block away from where her first studio was.

“I’ve been trying to get this place for a year,” she said. “I always loved the building.”

She said she returned to Proctorville because she always loved Ohio, but that the move has surprised some of her dancers that she would leave Huntington after decades of being there.

“People kept saying ‘I can’t believe you’re moving out of that building,’” Nancy said, but added that all her clients are coming over to the new studio once it is done.

Right now, Nancy is moving in pictures, trophies and costumes and clearing out classrooms and putting down new flooring for the dancers to practice on.

“I am so blessed and I feel so fortunate,” Nancy said.

Nancy’s love of dance came from her father, Bob Carter. He was a star on the Vaudeville circuit and some of his highlights include being the headline act on the ocean liner Queen Mary and being named as the top Hollywood tap dancer in 1933.

One of his tours took him to Detroit, where he met a waitress at Walgreen’s named Mary Thaxton. The two hit it off and they married.

They had two children, Nancy and Marie.

The elder Carter toured a little less and moved to Miller to be a farmer.

“He named it Bob Carter’s Cured Ham Farm,” Nancy said. “People kept knocking on the door wanting hams. We didn’t have any hams. He had to explain he was the ham! He didn’t know the first thing about farming, all his life he had been an entertainer. But he was quite the comedian and entertainer.”

Bob also had a dance school in Gallipolis and Nancy taught there. She also joined him on his occasional tour.

“I tap danced as part of his act, so I got a lot of experience,” Nancy said. “I started when I was only four years old.”

Nancy said that for her, teaching was never about winning trophies in dance competitions.

She started her studio when she was 17 and has been teaching for so long now that some of her dancers are third-generation of students.

“They used to say, ‘Oh, my mom took classes from you,’ ‘Now, I have them saying “My gramma used to take classes from you,’” Nancy said with a laugh. “That was about 50 years ago! Everyone says I should retire, but I love doing it and this is my 57th year of having a studio.”

Her students range from two-year-olds to an 80-year-old.

“We have all ages and all levels,” Nancy said. “We hope to make this a place of happiness and fill it up with fun, fun things,” Nancy said.

Nancy said some people tell her that you work so you can retire but “I say no, as long as God lets me function and keep on going, I am going to keep on going with it.”

Drawing from the personalities of those closest to her, an Ironton woman has been dreaming up fairy tales to teach... read more