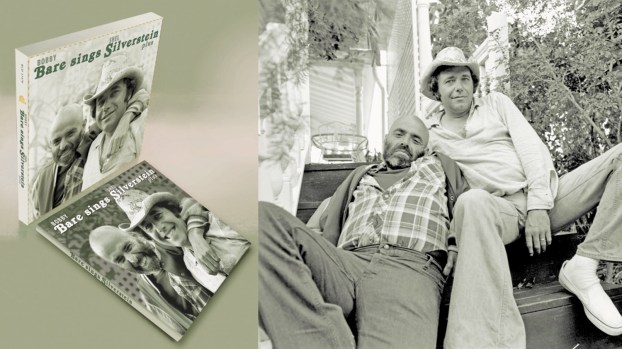 NASHVILLE — The holiday season is approaching and there is now a major release available for fans of Bobby Bare, compiling one of the most celebrated phases of his career.

Among the albums included in the set are “Bobby Bare Sings Lullabys, Legends and Lies,” the 1973 effort by Bare and Shel Silverstein, considered a major artistic breakthrough. Bare told The Tribune in a 2016 interview that he considers it his finest work.

Also in the set is “Great American Saturday Night,” the “lost” album Bare released earlier this year, which was first recorded in the 1970s.

“Hard Time Hungrys,” which will have six additional songs, was penned by Silverstein and recorded by Bare and is themed around economic hardship and recession, while “Singin’ in the Kitchen” features members of Bare’s family. Rounding out the albums are “Down & Dirty” and “Drunk & Crazy,” which were released in the 1980s. The set will also include a 128-page hardcover book, featuring a new interview with Bare by Hank Davis, an overview of Silverstein’s life and work by Dave Samuelson, plus the lyrics to the 137 songs in the collection.

Silverstein, who died in 1999, is known for writing the songs “A Boy Named Sue,” a hit for Johnny Cash, “The Cover of Rolling Stone,” for Dr. Hook and the Medicine Show and “The Ballad of Lucy Jordan,” for Dr. Hook, then recorded by Marianne Faithfull and later by Bare himself.

His humorous songs led to a long recording relationship with Bare, which ended with the release of “Old Dogs,” a self titled album by a supergroup with Bare, Waylon Jennings, Mel Tillis and Jerry Reed, produced by Bare and released in 1999.

Bare reflected on Silverstein’s talents in an interview with The Ironton Tribune earlier this year.

“He did so many things so well,” Bare said. “He wrote children’s books and he’s still right next to Dr. Seuss with those — like ‘The Light in the Attic’ and ‘Where the Sidewalk Ends.”

He said the appeal of Silverstein was that he was “a brilliant lyricist” as well as the way he structured songs.

For more information and to purchase the set, visit www.Bobby Bare.com.

The Briggs Lawrence County Public Library will receive 40 hotspots for Internet service, thanks to a partnership between the Foundation... read more