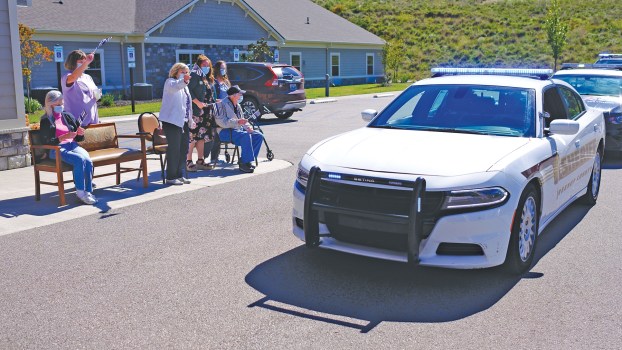 Local police officers drove through The Lantern at Morning Pointe grounds Wednesday. They got a welcome from residents and staff. (The Ironton Tribune | Jeremy Holtzapfel) 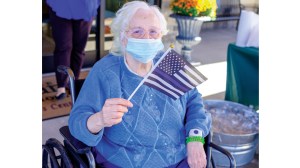 Resident Lois waving her flag in support of local law enforcement by the front entrance of The Lantern at Morning Pointe. (The Ironton Tribune | Jeremy Holtzapfel)

The Lantern at Morning Pointe, like many assisted living facilities, has had to make plenty of changes this year in the pursuit of keeping its residents safe. However, that isn’t to say they still can’t have fun.

The officers were shown appreciation in the form of free boxed lunches, which were decorated by the residents, including dessert, crafted by Morning Pointe’s Food Services director Brad Nolan. The Russell Rotary Club helped by directing traffic.

Report: Ohio schools among the safest to reopen

By The Center Square COLUMBUS — As schools around the country continue to struggle with opening to in-person learning, a... read more