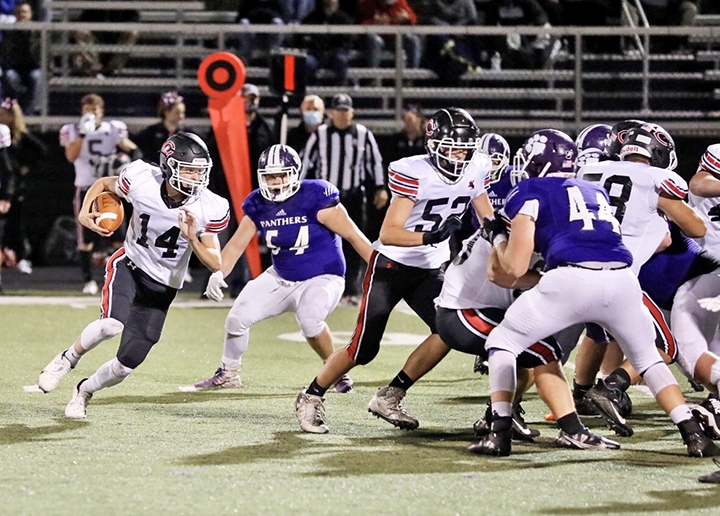 The Grandview Heights Bobcats will be traveling from Columbus to take on the Coal Grove Hornets at Lemaster Stadium Saturday night for a first-round playoff game.
The Bobcats come into this game with an 0-6 record on the year, and posted as the 23seed in division VI, region 23 playoff bracket. Coal Grove will host the home playoff game as a 10-seed.
Grandview has lost every game this season by an average of 43 points.
The Bobcats played Whitehall tough but still came up short 22-14 the second game of the year. This team is relatively young as they only have six seniors posted on the roster. Heights graduated a large class from a season ago when they went to the second round of the playoffs.
The Bobcats were defeated in the second round by Mechanicsburg at Hilliard Darby High School, 48-7. They finished the 2019 season 7-5.
The Heights record can be deceiving, however, as they have faced some of the top football programs in the state including Columbus Academy (5-1), Harvest Prep (5-1), and Liberty Union (5-1).
Grandview Heights averages 7 points per game, while Coal Grove averages 30. Coal Grove is 3-2 on the season and 1-1 at home.
The winner of this game will advance to the second round of the playoffs and travel to 7th-seed Sarahsville Shenandoah Saturday, Oct. 17, for a 7 p.m. game.

Jim Walker jim.walker@irontontribune.com The first round of the playoffs is here and a lot of new faces will go up... read more