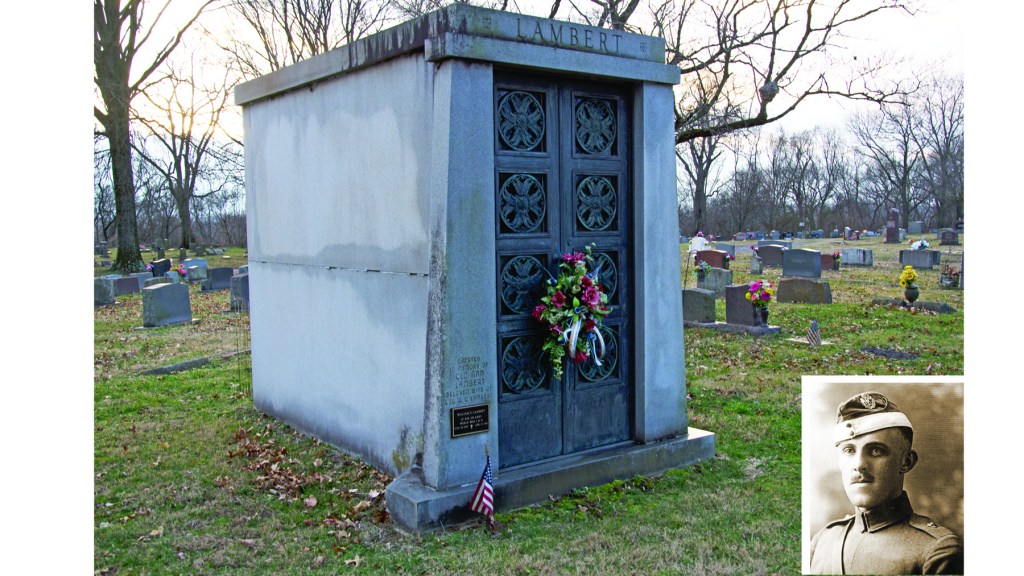 The final resting place of Col. William Lambert and his wife at Woodland Cemetery in Ironton. (The Ironton Tribune | Heath Harrison)